Difference between revisions of "Games"

For translated materials, visit Supporting Material Translation. Check out Interviews also. The scripts of all games are available at Scripts. Note Cutscene List, and Savepoint List. Videos (like commercials and trailers) can be found at Downloads. Want a new Chrono game? Read Chrono Break. The Chrono font is ITC Serif Gothic Heavy (thanks cald).

Altogether, these people were with Chrono series development throughout all three games:

These people worked on Chrono Trigger and Chrono Cross, but not Radical Dreamers:

These people worked on Chrono Trigger and Radical Dreamers, but not Chrono Cross:

This person worked on Chrono Cross and Radical Dreamers, but not Chrono Trigger:

References to the Chrono series can be found in a few other games.

Ninja Gaiden was before Chrono Trigger's time, but Masato Kato did work on the game. Irene Lew's codename for the CIA is "Sea Swallow", which you might recognize as the name of Serge's weapon in Chrono Cross.

The Ninja Gaiden series may also have a few story elements that Masato Kato reused or shared between games:

A poyozo is seen on the score scene. 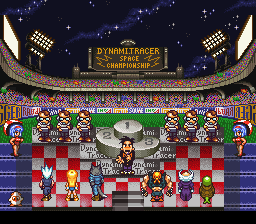 Battle of Lovers is a simple board game and dating sim for the Satellaview. Gaspar and a Johnny look-alike appear (Johnny is humorously riding a bicycle). A girl resembling Kid also appears, but this is likely coincidence (unless Masato Kato was working on the game). 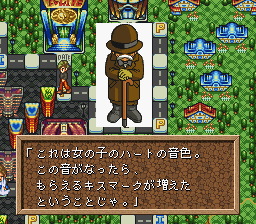 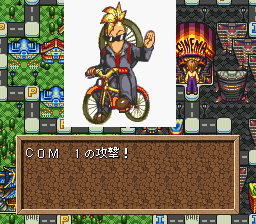 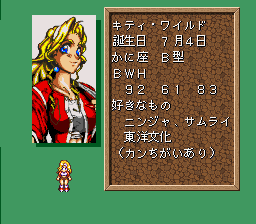 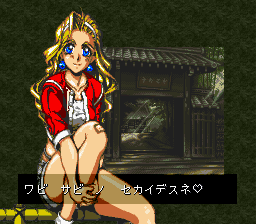 Lucca appears as an NPC towards the beginning of the game.

A billboard in the demo trailer says "Behold ZEAL". 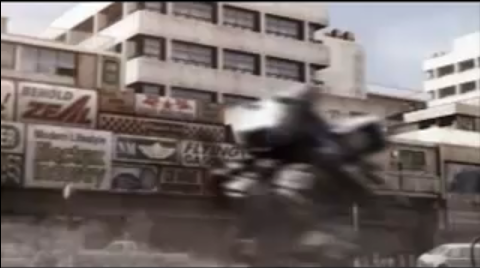 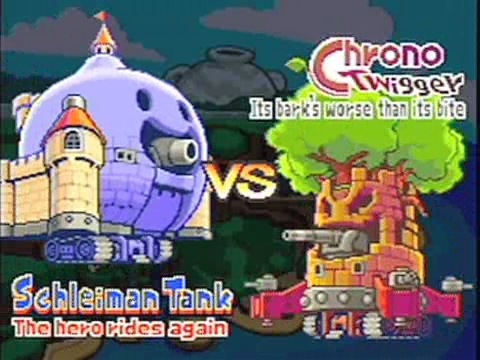 Corona01 found a poster of what looks like on a wall near a tavern in Carona. It reflects her fighting stance. Upon more investigation it was determined to only be an image of the game's waitress. Thanks to utunnels. 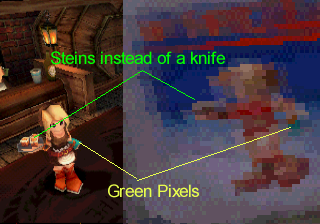 Masato Kato was involved with the game, and uses a plot device similar to Chrono Cross's Time Crash:

There are two guards named Gram and Leon, a nod to Gran and Leon (Masa and Mune to North American players).

During the eighth chapter of the game, Sazh Katzroy and Oerba Dia Vanille visit the city of Nautilus, also known as the City of Dreams. There is an attraction in Nautilus Park (a section of the city) called the "Fiendlord's Keep" which is a direct reference to Magus' castle in the Middle Ages period of Chrono Trigger.

2016 Indie game Stardew Valley seemingly has a poster of Crono in one of the NPC's rooms (see upper left):

A beach in the game resembles Opassa Beach: