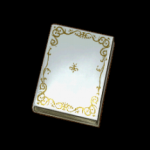 These scripts have been taken straight from the game through ROM hacking and the use of modification utilities. In each case, raw text dumps were edited for presentation and organized according to the story of each game. This effort was called the Script Perfection Project; all scripts are now ready. Since a full text dump offers some lines that aren't used in the games or were meant for scenes not scripted in the final versions, the Chrono Trigger and Chrono Cross scripts have an appropriate Lost Lines section. Of note is Magus's alternate North Cape opening speech in Chrono Trigger, and the strange quatrain found in the debug section of Water Dragon Isle.

The Chrono Trigger script is presented in several ways. First are two text files, including the basic North American version translated by Ted Woolsey, and a version containing it, the Japanese script, and the translation by KWhazit. Second are two 2.5 megabyte spreadsheet files presenting the above in an annotated four-column format; one file shows dialogue in order of the game's storage, the other in the order the player normally encounters text in game. These Excel files are too large to be totally converted to HTML; for those without Microsoft Office, a few HTML files containing the complete Game Order Edition are available. For the best viewing and comparison experience, try the Excel or HTML files.

For the HTML, see Retranslation.

A full script isn't available for CT DS yet, as we're still working on successfully dumping the Japanese script and making all text for each language is fully dumped. In the meantime, you can download these incomplete dumps if you need to find something:

The Radical Dreamers Edition contains some small tweaks made to the scripts, but they don't appear to have changed any of the canon. As such, we have not undertaken a cohesive script file at this time. You can download all the components of the new script below:

MrBekkler attempted to clean up the English script:

These old scripts for Chrono Trigger have been retired thanks to the retranslation project.