Chrono Trigger has a variety of endings, some of which can be minutely altered depending on game events. Below you can find how to activate each ending, as well as a short summary. The extra endings require a New Game + to view. All endings in the game are listed here; any others are merely rumors and do not exist. This has been verified with Temporal Flux and the script of the game. The names for the endings come from the Playstation version of Chrono Trigger. Some of this is reprinted from Phoenix1911's guide, which he allowed us to host. A savestate pack with all the endings can be found here.

This ending occurs if you defeat Lavos after reviving Crono from the disaster at the Ocean Palace.

Crono wakes up in his room to a soldier, who notifies him that he is needed at the castle. After arriving, King Guardia XXXIII pretends to be upset, and then reveals that he now knows about Crono's brave quest through time. Doan, King Guardia XXI, and Kino emerge from behind the throne, and Marle learns that they are all her ancestors. The Moonlight Parade is opened after this, including dancers and fireworks exploded in celebration of the crew. Many people are in attendance, including Lucca and Crono's parents; Crono can speak to them and others. Eventually, the crew head to the Telepod, where all the team members and relatives from across time say their parting words. Just before the Gate closes, Crono's mom and a bevy of cats rush in, effectively stranding themselves in time. The team remember that they can use the Epoch to find her; soon after, a guard requests Marle's presence at the bell. There, her father is stringing up Nadia's Bell, and needs a hand. The team run off to find Crono's mother however, leaving Guardia stranded. Taban laughs and fires off several fireworks as the Epoch departs across the night sky and through several eras. 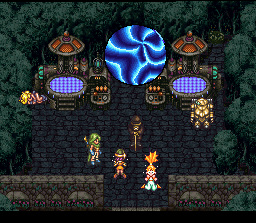 This ending can be attained by defeating Lavos after Crono dies but before he is revived.

Everyone wakes up at the End of Time, except Crono. Marle pleads with each team member to look for the fallen warrior, but they all retreat to their home times. Marle does so as well, and Gaspar notes that he forgot to inform the party about the Time Egg. The scene then cuts to the Moonlight Parade, where Marle celebrates the successful quest to save the world. She eventually heads to the Telepod with Lucca, where they discuss the Gates. Suddenly, the Gate there bursts open, and Frog, Gaspar, Robo, and Ayla stumble out onto the fairgrounds. The party members demand the Time Egg from Gaspar, who retreats back into the Gate. The members follow, and inform Marle that the Time Egg can save Crono. The Gate closes before Marle and Lucca can enter; as they prepare to leave the fair, King Guardia XXXIII asks for assistance with Nadia's Bell. He manages to hang it before Marle and Lucca rush off to find the others in the Epoch; he is stranded, and Taban fires off a few fireworks to celebrate. The Epoch streaks across time, depicting a variety of scenes. At the end, Marle stands upon Death Peak, where she sees a shadow of Crono in the distance. She walks to it as the screen fades. 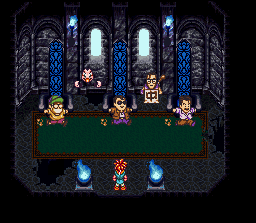 There are two ways of obtaining this ending. Firstly, on a New Game +, go straight to the Telepod before even going to 600 A.D. Use the sparkle on the right Telepod to fight Lavos. Otherwise, this ending can be found by defeating Lavos during the Ocean Palace Incident.

In this ending, the entire staff who worked on the game are present at the End of Time, and offer a lot of colorful commentary on the game's process and their own feelings. Each portal leads to a small room with more developers, and after all are spoken to, Gaspar allows the player to visit Spekkio's room, which houses the Dream Team. They'll note that the credits will be run to suit your style of playing; afterwards, the credits scroll by at a hugely accelerated rate, and "The End" pops up. 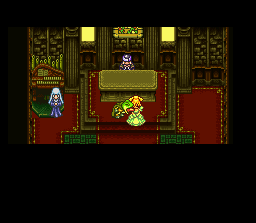 Fight Lavos on a New Game + right after returning to 1000 A.D. after saving Leene but before the trial of Crono.

Crono and Marle return to the Millennial Fair, where they find that people are snickering at the princess and talking about her "disguise." Marle goes to the castle, where King Guardia XXXIII notes that he found an old wedding reel. As Marle is horrified, it depicts Frog marrying Queen Leene. 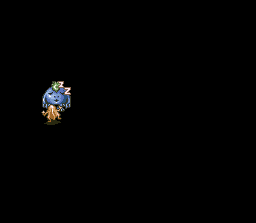 Fight Lavos as soon as you get to the End of Time and learn magic, but before going back to 600 A.D.

A Nu, Kilwala, and one of the Bullfrogs engage in humorous antics as the Nu struggles to catch some shuteye. 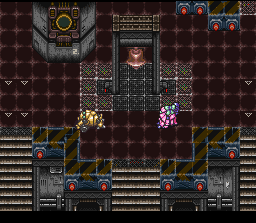 Defeat Lavos after learning about Tata being a hero, but before Tata reveals that he's a fraud.

Robo is seen in a future version of Leene's Square, where he runs into Atropos as Crono encountered Marle at the beginning of the game. The two are then seen sitting on a cliff watching the sky. The scene cuts to Tata, who is sitting on the Guardia Castle throne. He journeys to Magus's Lair to put an end to the war; there, he finds Crono, Marle, and Lucca, who laugh at him. They then do battle.

Defeat Lavos after receiving the Hero's Medal from Tata but before attaining Dreamstone in prehistory.

This ending shows scenes the player missed by beating Lavos at this level. They include Crono and the gang coming out of the Gate in Medina, Magus and the Mystical Knights, Ayla and Kino chasing Reptites, and Frog in the Cursed Woods, King Guardia and Leene, and Robo running across the screen.

People of the Times[edit] 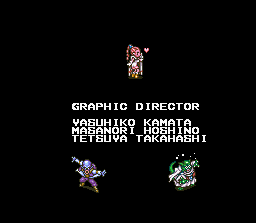 Defeat Lavos after getting the Gate Key back but before repairing the Masamune.

This ending shows various NPCs around time, including the people of Ioka, Zeal, and the future. Interestingly, it marks the only appearance of the blue male Zeal NPC. 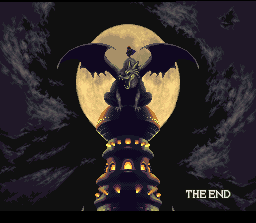 Defeat Lavos after recruiting Frog but before vanquishing Magus.

The scene begins in Lucca's house, where the party is resting after their adventure. Frog gets up and departs, noting he has something he must do. The scene cuts to Magus's Lair, where Frog confronts the Mystical Knights and makes short work of them. He soon reaches Magus; the two exchange words, and begin a fight to the death. The screen blacks out, and several clangs and magic effects can be heard flying throughout the room. The outside of Magus's Lair is then seen, with the victor's silhouette standing atop the castle. His identity is unknown... 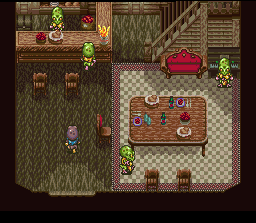 Defeat Lavos after battling Magus but before battling Azala.

The beginning of the game is repeated, but every character is now a Reptite. 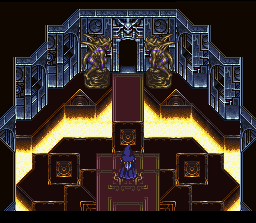 Defeat Lavos after defeating Azala, but before going to the Ocean Palace. Contrary to some rumors, there are no variations to this ending.

A scene of Frog staring at a statue of Magus is shown. The ending then cuts to Zeal, and follows the Prophet there; Alfador interestingly meows at him. Scenes of Leene Square and the heroes in the present follow; the setting soon returns to the Ocean Palace, where the Mammon Machine is soon to be activated. The Prophet dashes to the antechamber before the main hall, where he ponders what he is about to do. He laughs at fate, and then prepares to meet destiny head on. The End text appears soon after with a flash of blue outline.

This ending contains one of Magus's most popular lines. 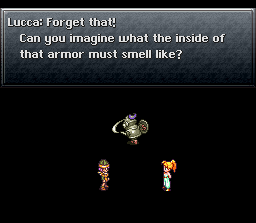 Defeat Lavos after seeing Schala open the sealed door in Zeal with her pendant, but before charging up Marle's pendant at the Mammon Machine.

Marle and Lucca start a slideshow to reminisce about the quest, but it turns into a girl commentary on various guys from the game. Crono eventually shows up, and speaks his only line. 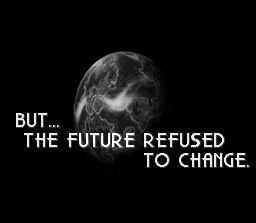 This ending is seen if the party loses while fighting against Lavos. His eruption is depicted as destroying 1999 A.D., and is seen from the view of the Truce Dome Director. He stays at the controls as the dome collapses around him; at the end, the planet turns gray, and the text reads "...But the future refused to change."

This isn't an ending in and of itself, but is still worth a look, as it is a unique scenario. If you lose the battle with Magus, he'll turn around and finish the summon as the screen fades and Lavos's cry is heard. This is often overlooked by fans. 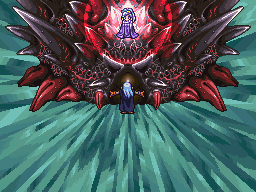 This is the DS-exclusive ending. On a New Game +, go through the Dimensional Vortices and take the gate to the Darkness Beyond Time at the End of Time. At the DBT, the party sees a version of Magus, who relates that he's from a timeline in which Lavos was defeated. A new enemy called the Dream Devourer has emerged in the DBT, feeding on dreams, memories, and thoughts across time. He enters a Gate and the party follows to find him defeated by the Dream Devourer—a crimson fusion of Lavos and Schala, who floats unconscious within a bubble above Lavos's eye. The version of Magus falters and begs Schala to wake up, but the Dream Devourer blows him back. The party then fights the Dream Devourer. They seem to win, but the creature blows them back, allowing the different Magus to come forward. Schala awakens, and tells him that because of her despair, she will fuse with Lavos and destroy all of space-time. She then tells him to give up trying to free her, and sends him away. In darkness, Magus feels his efforts will always be futile, and thus erases his memories in hopes of starting a new existence. He emerges in a forest in an unknown time period, feeling there is something he must search for. He then departs.

From: Chrono Trigger
From: Games