Viper, the robust old man who once led the Acacia Dragoons, is the Lord of El Nido and serves his people from Viper Manor. Born in El Nido to the Viper Clan, which ruled the territory since the colonization of the islands, who grew up in the tradition of the Acacia Dragoons and became part of its ranks himself. After becoming an upstanding man, he fathered Riddel with an unnamed woman and had her raised in Viper Manor. While preparing to become territorial leader of El Nido, he received a military appointment on mainland Zenan. He probably served as a Deva during this time, along with Radius, Zappa, and Garai. The four tour up the battlefield, and Viper made such an impact upon the Acacia Dragoons that he was promoted to leader. After these events, he retired from the military, perhaps passing the leadership position to Garai before the warrior died. He then took up his destined position as governor of El Nido and Termina, and was lauded by citizens throughout main island as a benevolent, wonderful leader who imposed a standard of justice and excellence. Benefactors placed a statue of him at the head of Termina, which was cleaned every day by a loyal citizen. However, problems soon arose with a sailor named Fargo. The nature of the altercation is not clear, but there was a serious falling out with Viper and Fargo that prompted Fargo to flee for his life. Zelbess was killed in the ensuing chaos, and Fargo became a pirate attacking ships under Viper's command.

After the dust settled, Viper happily fulfilled his duties while also maintaining a fatherlike watch over the Acacia Dragoons; he approved of the marriage of his daughter with Dario. Unfortunately, tragedy struck when Dario was killed at the Isle of the Damned; to prevent his daughter's sadness, he hid the Memento Pendant given to her by her suitor. Lord Viper then was approached by Lynx, who interested him with legends of the Frozen Flame. Lynx also held talks with the leaders of Porre, setting up a doublecross to be effected later on. Viper bought in to his legends surrounding the artifact; he came to possess the Dragon Tear as well after Lynx had Porre trick Orcha into stealing it. One night, the Manor was infiltrated by Serge and Kid; Kid took Riddel hostage, and Viper offered the raiders safe passage if she were released. Lynx intervened and the three escaped. Viper suddenly discussed with Lynx the threat of a Porre invasion of El Nido; Lynx suggested the Acacia Dragoons take up defensive position in Fort Dragonia, which contained Dragonian technology capable of thwarting an attack. Serge followed the Dragoons to the Fort and defeated Viper in combat; before he could muster a second effort, he was stabbed in the back by Lynx and left for dead. The other Dragoons soon came to his rescue, and nurtured him to health. Though he came to wait on the S.S. Invincible, he made a truce with Fargo for the duration of his recovery. Viper then joined Serge's party and accompanied the boy and the other Dragoons in the effort against the Time Devourer.

Missing Piece outright states that his rank was conferred by the Porre army. Chrono Cross HD Remaster Twitter bio: Viper - "Lord of El Nido leading the Acacia Dragoons" Lord of the El Nido region. He was once a famous war hero on the continent, and his rank of "General" still remains in his name. In order to gain power to counter the pressure from Porre, he is working on a plan with Lynx who has information about the "Frozen Flame". He is so well received by the people that a statue in his honor has been erected in Termina. He deeply loves his only daughter, Riddel, and is worried about her, who has been depressed since the death of her fiancé.

Viper's backstory is identical in Home World, save that in 1017 A.D., Lynx actually persuaded Viper and the other Dragoons to undertake a full expedition into the Dead Sea. Before entering the final distortion, the entire expedition was frozen and phased out of normal time. Viper Manor subsequently fell to ruin.

In Radical Dreamers, Viper is the former head of the Acacia Dragoons and resident of Viper Manor. During the coup by Lynx, which was assisted by the Radius figure, Viper was killed.

It's possible that Viper is Zorander, but it's more likely that Zorander was Dario. Check the theory page below. 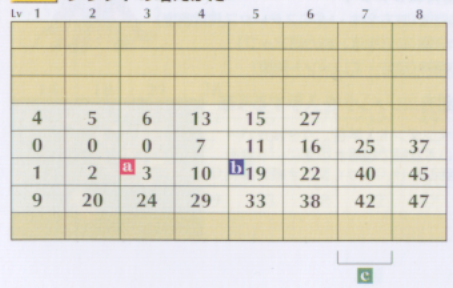