Zappa, the rough and tough father of Karsh, is the chief blacksmith for the Acacia Dragoons. Born on the Zenan Mainland, he somehow made his way to El Nido and came into the service of the Dragoons. He probably was a Deva with Radius and Garai; the three tore up the battlefield together. Zappa also cultivated an interesting in smithing at this time; he soon met Zippa, his wife, and the three looked far and wide for the Rainbow Shell. They did not succeed in finding it, and after retiring from the Dragoons, Zappa opened his own smithy in Termina and raised his son Karsh there. He fashioned all kinds of weapons for use with the Acacia Dragoons; his son eventually became a Deva in the same tradition of his father. However, tragedy struck after Lynx led an expedition to the Dead Sea. Karsh was frozen and phased out of time, and never returned; this adversely affected Zappa, whose work was disrupted by bouts of sorrow and loss of motivation. Regardless, Zappa pressed on in his craft until 1020 A.D., when he finally shut down the smithy and dismissed his Apprentice. He noted that he would seek the Rainbow Shell once more. He met Serge before his journey began, and decided to accompany the boy; along the way, he found his deceased son among the dead in the Dead Sea. He came to grips with his son's death, and also found the Rainbow Shell, which he learned to forge by working with his dimensional counterpart. He planned to open a new smithy after the journey's end.

Zappa was not plagued with the death of his son in Another World, and continued to actively create new weapons for the Dragoons. He stubbornly continued the craft despite the objection of the new Porre occupation force in Termina. 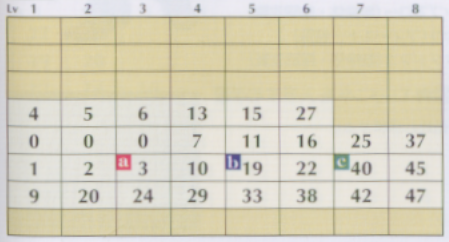