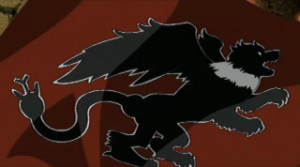 Porre is the largest city on the southern continent of Zenan, and is home to Tata in the middle ages and the Porre Mayor in the modern era. The family line of mayors was known for its greed until Crono changed time in order to procure the Sun Stone from the current mayor, who had received it from the Sun Keep. Porre is mostly quiet apart from this event.

Colonists from Porre settled El Nido in 920 A.D.. The nation of Porre rose to power thanks to Dalton's leadership, becoming a fearsome country of expansionist military might. The villain came to the country from the Dimensional Vortex in search of revenge against the Kingdom of Guardia and Crono. Embracing the new technology of guns and a system of conscription for military service, Porre marched to the Kingdom of Guardia in 1005 A.D. and laid waste to Truce and Guardia Castle. The last defender of Guardia, a sword-bearing knight, died when his chest was rent by Dalton, who stole the Masamune. After the Fall of Guardia, Porre established the Black Wind unit and began planning for the invasion of El Nido. This was accomplished in Home World in 1017 A.D., after the Acacia Dragoons had been led to their deaths in the Dead Sea. Termina was decked and adorned in Porre's symbolism, and blue-clad soldiers filled the streets. Another World's El Nido would not fall to Porre until three years later, when in 1020 A.D., their forces invaded the island while the Acacia Dragoons were dispersed in confusion by Lynx. Part of the reason for invading was to find the Frozen Flame; Norris carried this charge as head of the Black Wind unit, and investigated El Nido after the invasion. Porre's desire for the Flame may have stemmed from Dalton's leadership. Norris eventually joined Serge, and helped defeat a sadistic Porre general who planned to torture Riddel.

Regardless, Porre was not necessarily the dominant power in the world at the time of Serge's adventure. This is evidence by the facts that the Kingdom of Guardia has rebounded in some form and achieved self-sovereignty once more, and that other countries still exist in the world that are yet to be conquered. Norris considers this point in particular when he confronts the Frozen Flame atop Terra Tower.

The Porre flag depicts a Chimera, often mistaken to be a Gryphon. 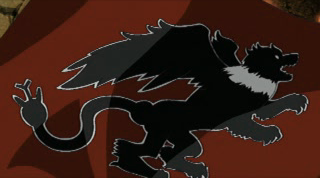