Zenan is the main continent of the planet, encompassing both Porre and Truce and consisting of a north and south landmass joined by Zenan Bridge. East of the continent lies Medina. The whole of the land was, at one time, considered the Kingdom of Guardia, though future splinters would result in Porre maintaining its own sovereign rule.

Zenan is referenced as the "mainland" several times by people from El Nido. It is often confused with the main island of El Nido itself. 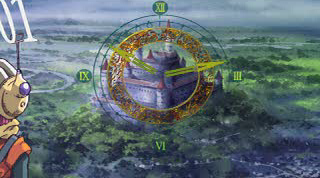