Lynx is one of Serge's main nemeses in Chrono Cross and the biological emissary of the FATE supercomputer. Lynx was shaped from Serge's father, Wazuki; when Wazuki took Serge to be healed by the Frozen Flame in Chronopolis, he was corrupted by its emanations and subsequently was subject to mind control by the FATE supercomputer. Since the Prometheus Circuit locked FATE's access to the Frozen Flame, FATE shaped Lynx with the objective of killing Serge and restoring the connection. Total control was achieved in 1010 A.D., the year in which FATE had Wazuki attempt to drown his son. Regardless of whether it succeeded in either dimension, this effectively wiped the last remnants of Wazuki's mind and care for Serge, allowing him to be physically reconfigured to resemble the panther demon that attacked Serge in 1006 A.D. Lynx had a sentience and personality out of his own apart from FATE; he became sadistic and manipulative, motivated only to achieve his goal while sating his own sick desires in the process. In Another World, FATE reasoned that Serge would cross the dimensions in 1020 A.D.; Lynx was called back to set up events that would take advantage of this face. He was sent abroad to Porre and home to Viper Manor in order to play the two parties to set up FATE's plan; he was joined by Harle around this time, who accompanied him.

FATE grew impatient in 1015 A.D., and sent Lynx to Lucca's house to abduct the famous scientist and use her to disengage the Prometheus Circuit. Lynx set fire to the entire orphanage, nearly killing all the children in the process. Lucca eventually did not acquiesce to his desires, and probably died as well. A young Kid developed a scathing hatred of the man, who she remembered from the fire. Lynx then continued to pique both Porre and the Acacia Dragoons' curiosity concerning the Frozen Flame; by 1020 A.D., Porre stood ready to invade, and the Acacia Dragoons were at Lynx's beck and call. His plan was to lure Serge to Fort Dragonia, and then undertake a ritual to switch bodies with him. This would fool the Chronopolis defense system into thinking Lynx was Serge. He tried to capture the boy early on after Serge raided Viper Manor, but this proved unsuccessful. Knowing that Serge would follow him to the fort anyway, he withdrew with the Dragoons and made preparations. When Serge came, he stabbed General Viper in the back and undertook the ritual; after its completion, he stabbed Kid as well, though he later spared her and adopted her as his new traveling companion. He then somehow sent Serge into the Temporal Vortex, and returned to Chronopolis while wreaking havoc on the way.

He anticipated Serge's return, and launched an offensive on the boy and his friends at Hermit's Hideaway. He was thwarted by Fargo, who escorted Serge to safety. Lynx then lay in wait at Fort Dragonia in Home World, where he battled the boy once again, duly retreating after his defeat. He kept Kid with him as he returned to Chronopolis; there, he waited for a final showdown with Serge. His close proximity to the FATE computer allowed him to be reshaped into a horrific and terrible adversary, but even in this form, he was vanquished by the young boy along with the FATE supercomputer. His last words mentioned that he was not supposed to die, in effect revealing that he was not privy to the full scope of Project Kid as planned by Belthasar. This marked the end of Lynx, whose state in death was a far cry from the loving, ordinary father Serge once knew.

Whether two copies of Lynx exist across the dimensions is unknown. In Home World, a Lynx was able to dupe Porre and the Acacia Dragoons as well, eventually deciding that the Acacia Dragoons would be better off dead. He led them into the Dead Sea, where they were phased out of normal time and frozen before the final gate. Whether this was the doing of a Home World version of Lynx who froze as well or whether Lynx simply had the power to cross the dimensions is unknown.

Lynx is a wealthy and ambitious aristocrat who befriended General Viper and later betrayed him, taking Viper Manor for himself and adopting Riddel as his own daughter. Lynx killed Lucca shortly after the coup (perhaps in an attempt to acquire her Time Egg), and then staffed the Manor with hordes of demons, Poltergeists, Goblins, and other enemies. He hated Kid, and when the Radical Dreamers attempted to infiltrate the Manor, challenged them all. He noted that combining Kid's Time Egg and the Frozen Flame would grant power over history. He was able to subue both Serge and Magil before assaulting Kid as well; however, Kid was able to shatter the Chrono Trigger and unknowingly buy enough time for the invading Porre army to break up the fight. Lynx then fled from the invaders, and disappeared into the night and history. Lynx takes on different forms depending on the scenario; in one of them, he's a Martian invader, and in another, he's a sympathetic and loving foster father rather than a cold-hearted villain. The villainous form of Lynx was used as the blueprint for his appearance in Chrono Cross. 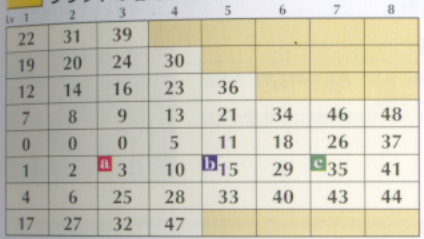