Commander Norris is chief of the feared Black Wind unit and a fair and impartial leader. Born in the heart of the militaristic empire of Porre, Norris was known for being stolid and idealistic, performing to high expectations and maintaining a high standard of excellence. He additionally studied electrical engineering. He was promoted several times at a young age, eventually becoming leader of the Black Wind unit. Norris brought a unique style of leadership to his men, though some soldiers disliked Norris's tendency to be honest and unflattering. He also abided by his own moral code, acting in 1017 A.D. to destroy Grobyc at a Porre laboratory rather than let the killing machine be unleashed upon the outside world with the ancient superweapon StrongArm. The resulting explosion killed Luccia's brother, though Grobyc escaped unscathed. Around the same time, Norris was dispatched to spy on the Acacia Dragoons after reports came in from Lynx that the Frozen Flame existed in El Nido. Norris found that General Viper was in search of it as well, and was soon called back to Porre, where he heard that Viper and the others had disappeared. He continued to tirelessly perform his duties until 1020 A.D., at which point Porre high command learned that Viper had gone to the Dead Sea three years ago.

Norris was dispatched to El Nido once more, where he came into contact with Serge (who had the body of Lynx) and Radius. Norris quickly joined their party, eager to see the Dead Sea for himself. Norris eventually found an operational computer in the Dead Sea, and used his knowledge of electrical engineering to activate it, giving the party Lithosphere Investigation Report #27. During their trip, Porre invaded Another World and subjugated Viper Manor. When Serge's party returned, they found the Norris of Another World, who provided Norris with his ultimate technique, TopShot. Norris viewed the Porre military's actions as abhorrent, and was also shocked to find Grobyc fully operational. He helped Serge thwart the Porre army and the killing machine. Later, he joined Serge in the final effort against the Time Devourer, though he was briefly tempted to take the Frozen Flame for Porre's use. His exposure to it made him question what he truly desired and why he fulfilled his role in the Porre army.

Norris of Another World proved to be a person of the same stock as his dimensional equivalent. Brought to El Nido with the Porre invasion of Viper Manor, he strongly protested the torture of Riddel and the use of Grobyc. Unfortunately, he was reprimanded and confined to quarters by the Porre Superior in charge of the opration. In the parlor, he eventually met up with the Norris from Home World and Serge, and gave them the Prison Key necessary to free Viper's daughter. He also provided Norris with the TopShot, the ultimate shooting technique.

'Northerner' in old French. Could denote Porre as being north of El Nido. May also reffer to Chuck Norris, an US movie actor. 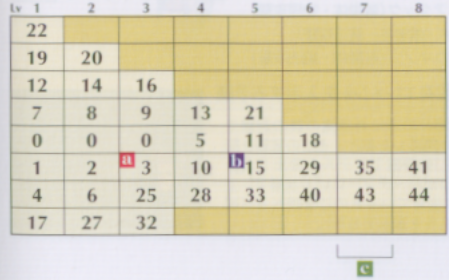