Kid, the swashbuckling, gritty thief with a penchant for radical action, is Schala's daughter-clone sent into the modern world. Kid was born in 1004 A.D., when Schala, bound to the Time Devourer, feared her mind would become increasingly consumed by hatred and created a clone of herself. She gave the baby her Pendant and sent her to the modern world; there, she was found by Lucca and subsequently adopted. Lucca soon established an orphanage and brought in other children; she also continued her scientific research, attempting to perfect the construction of Time Eggs. She gave a Time Egg prototype to Kid, and also provided her with an Astral Amulet, a wooden, magical pendant inside a purple pouch bearing the crest of Zeal. Lucca somehow discovered Kid's heritage as Schala's daughter-clone, and composed a letter for her to read in the future when she would possibly know about her heritage as well. Kid developed a playful pirate accent while in Lucca's care; Lucca sought to make her a proper lady, but Kid had her own fun way of speaking. Tragedy befell the girl when, around 1015 A.D., Lynx and Harle sacked the orphanage and burned it to the ground. Kid managed to survive by escaping; she was scarred by the event and swore to get revenge on Lynx. She also took up thievery, developing a nasty reputation and inspiring the urban legend of the Radical Dreamers, a fierce group of raiders.

Kid's story here becomes complicated; sometime after 1015 A.D., she was probably contacted by Belthasar. Given instructions to go back in time to 1010 A.D. and save a young boy from drowning, she somehow accomplished the feat of going to Opassa Beach and traveling back through history. Her act of time traveling caused the Home World dimension to emerge and split off from the real history of the world, Another World. As a result, history was rewritten; to understand this complex turn of events further, see Mid-Dimension Timelines. Kid's history was slightly altered so that she met Serge after he crossed the dimensions days before she was given the instructions to time travel. She caught wind of the order given to the Acacia Dragoons by Lynx to apprehend a "Ghost-Boy" at Cape Howl; she came upon Karsh and Serge and proceeded to help Serge whip Karsh back to the manor. Her personality was revealed to Serge; she was rough, adventurous, and willful. Kid then accompanied Serge to Termina, where the two decided their best course of action would be to infiltrate Viper Manor. This plan went awry during a confrontation on the overlook; Kid took Riddel hostage with a knife to her neck to avoid capture. However, Lynx was able to poison Kid with Hydra poison in the ensuing chaos; Kid fell over the balcony with the others, landing safely below beyond the Viper Manor Bluffs. The party retreated to Guldove, where the full effect of the poison activated in Kid's body. Kid was bedridden with the poison; she gave Serge her Astral Amulet for safekeeping.

Depending on events, Serge found the Hydra Humour and gave it to her, or Norris administered some while passing through. Whatever the case, the party sojounred to Fort Dragonia to confront the Dragoons. Lynx initiated the ceremony to switch bodies with Serge; after the transformation was complete, Lynx deeply stabbed Kid, who fell on the floor and clinged to life. Lynx did not kill her, instead opting to use mind control to pit Kid against her former friends. The two attacked Hermit's Hideaway after Riddel's rescue from Porre; Fargo was able to thwart the offensive by rescuing Serge with the S.S. Invincible. Afterwards, Lynx and Kid entered Chronopolis and waited for Serge to arrive. While Serge made his way through the time fortress, Lynx put Kid to sleep in preparation for the battle with Serge; after it concluded, Kid came to and was stupefied to find the Frozen Flame hovering above her. Harle cautioned her not to touch it, as she could potentially cause great destruction. Kid did experience a moment of startling lucidity at this point, relating a brief history of Chronopolis. She then collapsed, while the Frozen Flame was stolen by the Dragon God. Her mind regressed to the painful memories incurred by the orphanage fire. She was taken to Hermit's Hideaway in Another World; while Serge examined her, Masa & Mune and Doreen recognized her as being a derivative of Schala, and used their power (probably in conjunction with Kid's incomplete Time Egg) to send Serge back in time. There, Serge saved many children and comforted Kid. Back in 1020 A.D., she came around.

Kid noted that she was physically fine due to the effects of Schala's pendant, which "rewinds" her personal time when she is in danger. Luccia then told Kid that she had a letter from Lucca waiting for her at her lab in Viper Manor. Kid read it, nearly tearing up; she asked the others to leave the room while she contemplated Lucca's fate. She then rejoined the party, taking a brief time out to talk to Nikki about the Magical Dreamers, whose name had been given to him by Lucca. Serge and his crew launched an assault on Terra Tower; after it fell, she spoke with the Ghost Children of Opassa Beach. There, her full history was revealed by the ghost Lucca; Kid rejected her status of being Schala's simple daughter-clone, declaring that she was her own person. She then championed Serge to go to the Darkness Beyond Time and free Schala. What happened to Kid after this event is unclear. The game slightly hints that Kid and Schala merged, though no real evidence exists to confirm this besides Schala's alternating between Kid's and her own manner of speaking. Additionally, this would be contradictory to Kid's declaration that she was her own person made moments earlier on Opassa Beach. To worsen the confusion, Schala states that she will look for Serge, yet she appears like Kid in the ending. Additionally, a picture of Serge sits on Schala's desk where she composes her journal. These mysteries are addressed in the Chrono Cross Resolutions article.

Chrono Cross HD Remaster Twitter bio: Kid - "Vengeful Traveler" A traveling girl who invites Serge on an adventure. She is a famous bandit named "Radical Dreamers" who is feared throughout the land. She is self-centered, crass, and short-tempered. She is a winner, and extremely averse to showing weakness or accepting favors from others. At the age of 10, when Lynx burned down the orphanage where she grew up, she swore revenge against him. (Compendium note: this age doesn't jibe with the chronology established by the series.)

The nature of Kid's existence in Home World is uncertain. Fortunately, creator Masato Kato was directly asked what Kid in Home World was doing at the time of Chrono Cross; he responded that she was probably running around up on the Zenan mainland somewhere.

Kid, who appeared in the modern era as an infant and was cared for by Lucca, is in actuality Schala, though unaged and sent thousands of years forward in time. After the fall of Zeal, Schala felt tremendous guilt and sorrow over her actions; the Frozen Flame picked up on these emotions and recreated her as Kid in later history. She spent much of her early life in the care of Lucca, who often played a song for her and sometimes talked about the Flame and a deceased friend (probably Crono; Lucca noted that she wanted the Flame to be placed near his grave). She also gave Kid the Chrono Trigger Time Egg. When Kid reached ten years old, Lynx rose to power at Viper Manor and subsequently murdered Lucca to presumably acquire her Time Egg; this shattered Kid's innocence. Kid furiously and suicidally set out to storm Viper Manor and exact revenge; she was saved from certain death by Magil, a mysterious, caped man who took her under his care. The two led a wandering lifestyle henceforth, eventually becoming thieves; Kid kept a dagger for the trade. Kid's new practice and the death of Lucca jaded her somewhat, leading to a brash and direct personality with sarcastic humor and a rough accent. She then met Serge; during their travels she developed a slight liking for him, though this did not emerge until the events of Le Trésor Interdit, in which Magil, Kid, and Serge infiltrated Viper Manor. Kid vowed to get revenge on Lynx, though the other Radical Dreamers cautioned her that the Frozen Flame was the real point of the mission.

At the final confrontation with Lynx, Magil finally revealed her true nature to her as she used the Chrono Trigger in desperation. After time returned to normal, she fled with Magil, yelling to Serge her excitement at her newfound identity and its importance. It is unknown if she eventually returned to live with Serge; the opening comments in his diary seem to suggest that Kid was present when he recorded the events of that night, but he may have simply been wistfully addressing Kid as if she were there. Interestingly, in the scenario The Shadow Realm and the Goddess of Death, Serge and Kid eventually live together and set out on new adventures. Sadly, this scenario is unique in that Magil does not survive the events of the night, suggesting that Kid and Serge may only come to be together if he is absent. 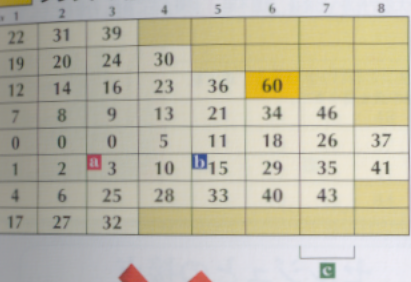