Orcha is a robust, rough chef hailing from Guldove who worked as the primary cook in Viper Manor for the Acacia Dragoons. He grew up in a family of chefs; his brother moved to Arni to open a diner there. His early life is unclear, but he eventually came to work for the Acacia Dragoons, preparing food and rations for them every night. He was known to have a dark side and gloat at times. Before the Porre invasion of Viper Manor, he temporarily worked with a training chef (in actuality Norris, a spy). After the Porre officers arrived, they saw Orcha's moody bouts and exploited them by giving him Quadffid seeds and using a special bell to bring out his darkside. He nearly tortured and killed Riddel in her interrogation, but fortunately he was beaten by Serge and his party. Feeling remorse for his actions, he joined Serge's party and fought alongside him, eventually visiting his counterparty in Home World.

Orcha works at the Guldove diner in Home World where Orlha works in Another. When confronted with his other world counterpart, he notices a dark shadow cast about the man, a reference to Hell's Cook. 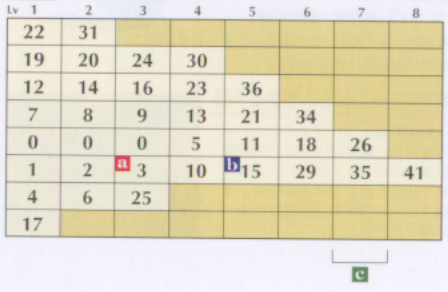