Leena, a friendly and homey girl from Arni, is the daughter of Miguel and sports a strong will. She was born in Arni, where she grew up and met a boy named Serge. The two were good friends and maintained a cheery lifestyle, even though Leena's father, Miguel, disappeared while trying to take Serge to see a doctor in Marbule. Unfortunately, Serge died in 1010 A.D., devastating Leena and the rest of the villagers. Leena continued to live on her own, regretting the day of his death. In 1020 A.D., she met Serge face-to-face once more -- the one from Home World. Serge had a tough time convincing Leena he was the real Serge and explaining his crossing the dimensions; while Leena did not believe him at first and thought his speaking of her deceased friend was rude, she eventually came to feel as if she had known him for a long while, and joined his party. She stuck with him throughout his entire quest; while she never made any advances on him or expressed any true feelings of affection, a sort of understood liking was present. For instance, she asked Serge if the Leena from Home World had kissed him yet. She reluctantly parted ways with him after the Time Devourer was defeated, wishing him well in the other world.

In Home World, Leena served the role of a strong-willed girlfriend to Serge. His crossing the dimensions happened solely because she sent him to collect Komodo Scales for her necklace. The villagers warned Serge of the dangers of crossing her. However, this initial hardness gave way to a tenderness on Opassa Beach prior to the crossing, as she and Serge reminisced about old times and a promise made on a fateful day years ago. After the quest ended, she would find Serge on the beach at that exact moment, and would dismiss his talk of FATE as nonsense. The true extent of their relationship was never revealed; Chrono Cross strongly suggests that Serge and Kid share a link, while other evidence specifically confirms them as best friends and mates.

In both dimensions, Leena shares a troubled friendship with Lisa, the element vendor in Termina. Lisa often teases Leena by talking to Serge. 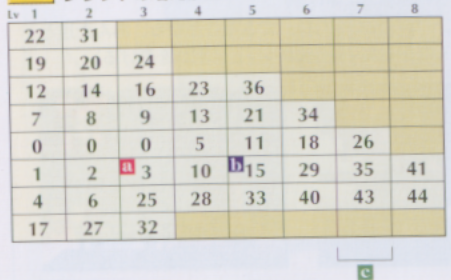