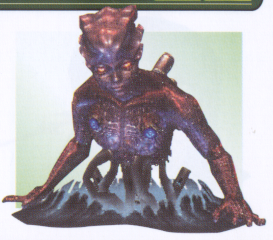 FATE is the all-knowing supercomputer that allowed Belthasar to plan and effect Project Kid. Constructed with the rest of Chronopolis after 2300 A.D., FATE was built off the old Mother Brain artificial intelligence, in effect possessing a limited sentience. An entire history of the world was installed into FATE's databanks, along with some knowledge of Project Kid -- though not all; Belthasar denied it some facets concerning the project. Belthasar then probably used it to calculate the historical variables needed to plan his project, including the formation of El Nido, the lives of its citizens, and the protracted dealings with the Dragon God. FATE was then left to carry out the Counter-Time Experiment, which caused the Time Crash and phased Chronopolis ten thousand years into the past. FATE's programming immediately went to work as Belthasar planned. It first dispatched the combatants from Dinopolis, then subjugated and divided the Dragon God. In accordance with its wishes, El Nido was terraformed from an empty sea into an archipelago of rich islands. Its exact motives in doing so are unclear; it was speculated by the Ghost Children that FATE had majestic visions and even dreamed of becoming its own species, which suggests that El Nido was created of its own will and not programmed directly by Belthasar (though he still foresaw it would happen). FATE then selected a population from the time fortress, cleansed their memories, installed Records of Fate, and sent them out. It controlled the new villagers with ease by having them check into the Records of Fate regularly to receive instructions and personality changes.

FATE also carried the imperative to prevent significant change to the future, which could be jeopardized if Chronopolis were discovered. Chronopolis was submerged beneath a defense system, and lore was propagated that spoke of the Dragon Gods sealing up the Frozen Flame. Under the cover of the Sea of Eden, FATE operated to control life for the next few thousand years. Trouble arose in 1006 A.D., however. After a boy named Serge was bitten by a panther demon, princess Schala caused a magnetic storm that blew the boy, Wazuki, and Miguel to the Sea of Eden, where they found the Frozen Flame. The storm took down all FATE's systems and power, leaving the station defenseless. Serge was healed by the flame, but his father was corrupted; when FATE came back online, it found the Prometheus Circuit had been engaged and it could no longer access the Frozen Flame. FATE immediately restrained Miguel from escaping and also took advantage of Wazuki's corruption, shaping him to become its agent on the outside world. FATE planned to kill Serge, which would release the lock on the artifact. By 1010 A.D., it achieved sufficient control over Wazuki, and used him to drown Serge. The computer also genetically altered him into a panther human. Unfortunately for FATE, Kid traveled back in time from 1020 A.D. to save Serge at this point; the result was the split of the dimensions. The new offshoot, Home World, had a future destined to fall in ruin; the Sea of Eden instantly became a mangled mess of destruction in that dimension (see Salt for the Dead Sea concerning why). FATE, still intact in Another World, found it could not control the other dimension.

Instead of sending Lynx to hunt down and kill Serge again, however, FATE foresaw that the boy would cross the dimensions in 1020 A.D., and decided to effect an elaborate scheme that would result in Lynx (Wazuki) taking Serge's form and by extension receiving access to the Frozen Flame once more. During this period, FATE sent Lynx to Porre and Viper Manor, using him to conspire with each faction in preparation for his effort. Realizing that further deviation in Home World from control would only hamper its plan, FATE had Lynx lead the Acacia Dragoons of that dimension to a doomed expedition in the Dead Sea that resulted in their deaths. FATE then continued to play the other world's Dragoons for saps, goading them with legends of the Frozen Flame. In 1020 A.D., Serge successfully crossed the dimensions; FATE previously had Lynx dispatch Karsh to wrangle him in. While this failed, Serge eventually stormed Viper Manor of his own accord; Lynx attempted once more to capture Serge on the balcony, but Serge was able to escape. Lynx, knowing Serge would follow him, then evacuated the Dragoons to Fort Dragonia in preparation for the body switching ritual. Serge soon came and Lynx took his body, allowing access to the Frozen Flame. An unstable element, Lynx then threatened El Nido before retreating to wait for Serge, who retrieved his body using the Dragon Tear. Serge also attempted to retrieve the Frozen Flame in the Dead Sea, but FATE was able to effect the Dead Sea's destruction across the dimensions. Once Serge arrived at Chronopolis, Lynx challenged him directly, and became a vessel for FATE to battle the boy with. FATE also eliminated the Prometheus Circuit, despite objection. Serge succeeded, effectively killing FATE and deactiving the hold on the Dragons and the defense of the Frozen Flame. It was subsequently stolen, and Chronopolis went silent; its ghost workers vanished, though robots still patrolled the corridors.

FATE's hidden ambitions are the most interest facet of its personality; as stated above, the Ghost Children speculated that FATE one day hoped to rebirth itself as a new species using the Frozen Flame. FATE also desired to conceive its own paradise, El Nido, even though Belthasar had foresaw and planned this as part of Project Kid. Sadly, in the end, FATE perished as a pawn of his ultimate plan to defeat the Time Devourer. FATE also had an interesting quote given when it destroyed the Dead Sea:

This has been interpreted to relate to FATE's aspiration of reincarnating itself into a new species. Created by humans and controlling humans, it had nothing to model itself after save its paradoxical creators, who were mired in conflicting love and hate. 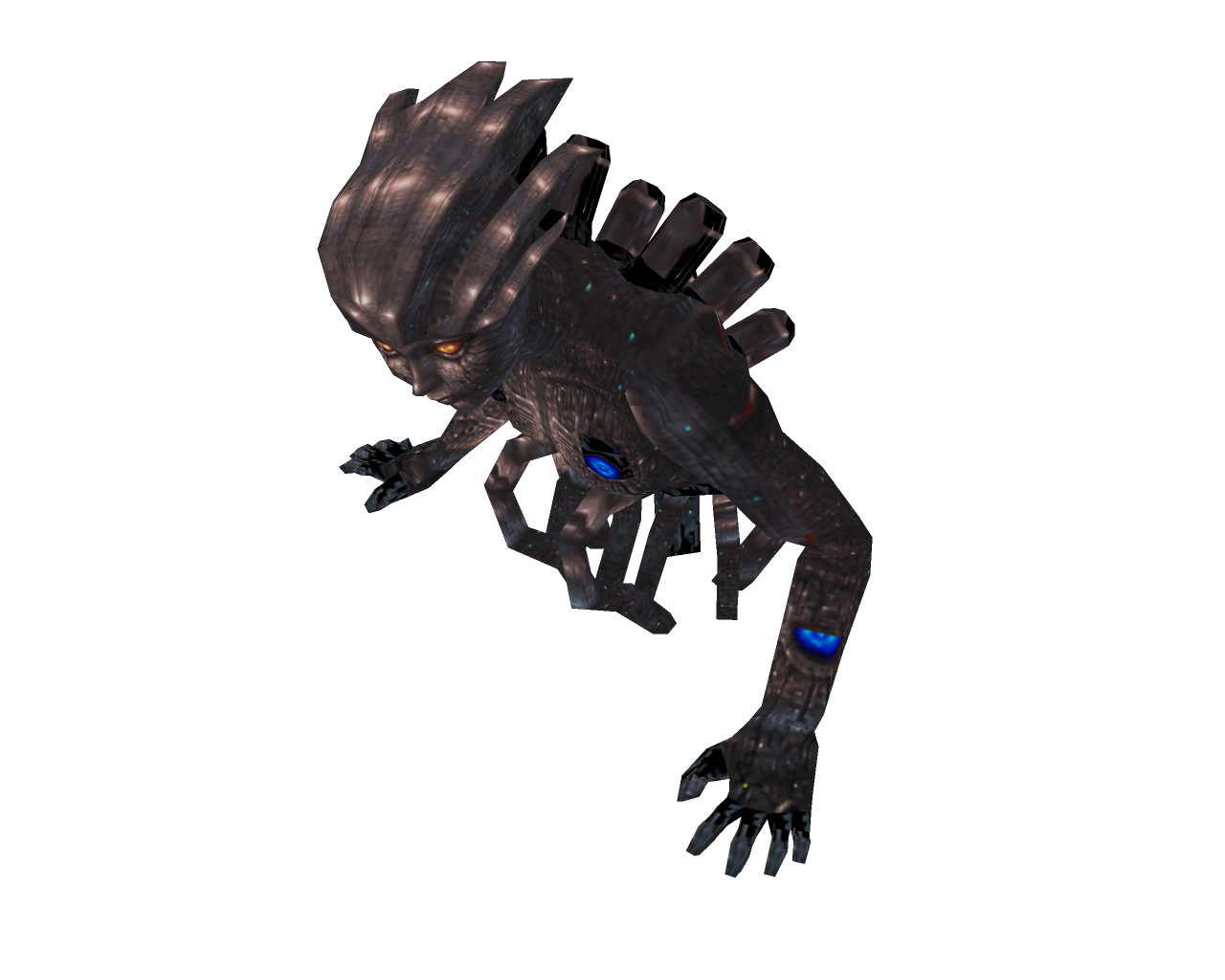