Sneff is the old and rough-hewn magician of the S.S. Zelbess. Having long practiced the art of entertainment magic, Sneff began his career by traveling far and wide throughout the world. On one of his travels to train as a magician, he went to the Temporal Vortex and found Sprigg, who gave him a berry. After he ate it, he gained the ability to change people into cats and back. Sneff also enrolled as a member of the Magic Guild, and though he graduated or left the guild before Guile became a member, he nonetheless stayed abreast of its performance. Sneff unfortunately developed a penchant for gambling and games of chance. While working at the S.S. Zelbess, he played against Fargo, who had rigged the roulette machine to guarantee a win for the house whenever desired. Sneff fell into servitude due to his mounting debts with Fargo, and grudgingly carried out his show night after night. He planned to one day pay off his debts with the revenue earned from the Sneff Family Show; however, he was still prone to gambling against Fargo at times to try his luck. During his tenure on the S.S. Zelbess, he also adopted Solt and Peppor as apprentices; they had washed up after the Dead Sea incident and remembered nothing of their previous affiliation with the Acacia Dragoons.

In 1020 A.D., he met Serge during one of his shows, accidentally transforming them into cats and straining his back. This precluded the ability to change them back; Serge used the feline form to his advantage to expose Fargo's cheating. Sneff then changed them back to normal, and, with the advent of the newfound knowledge of the casino, proceeded to win enough money to pay off his debt to the captain. As a free man, he then joined Serge's party, but promised to stay back and train his apprentices whenever he was not on the road. Around this time, he also met Guile, who he described as the rising star of the Magic Guild.

"In the old days, when I was on my journey of training, I got a mysterious fruit. I think I was in a Temporal Vortex or somewhere..." 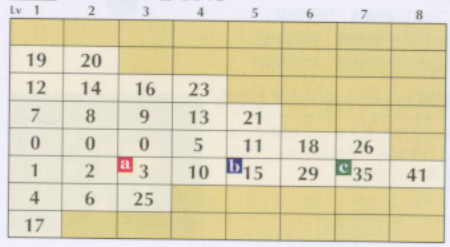