Sprigg is the enigmatic sole resident of the Temportal Vortex. Born in 796 A.D., Sprigg probably researched magic during her life, and was likely born in Medina (being a Mystic). At some point in her life, she met the Fortune Teller of Termina and also developed her Doppelgang ability, enabling her to transform into enemies she defeated. She lived on the outside world for much of her life. Eventually, Sprigg was somehow cast into the enigmatic Temporal Vortex, where she eked out a life of quiet thinking and subsistence on a strange fruit and Saururaceae juice. Her displacement there gave her a philosophy of chaos in life. When Sneff came to the Temporal Vortex as part of his journeys of magical training, she gave him a berry that allowed him to change people to cats and back. About the time of 1020 A.D. on the outside world, Serge as Lynx was cast into the Vortex as well. Sprigg was pleasantly surprised at the visitor and accompanied him back to the real world, where she visited her old friend the Fortune Teller and eventually discovered that her Saururaceae juice actually came from the water of the Hydra Marshes.

Sprigg may be a unidimensional being, dependent on whether she was thrown into the Temporal Vortex before or after the split of dimensions. Though never stated in-game, she is confirmed to be a Mystic via the Missing Piece art book.

"In the old days, when I was on my journey of training, I got a mysterious fruit. I think I was in a Temporal Vortex or somewhere..."

Saururaceae is a family of plants encompassing flowers in Asia and North America. 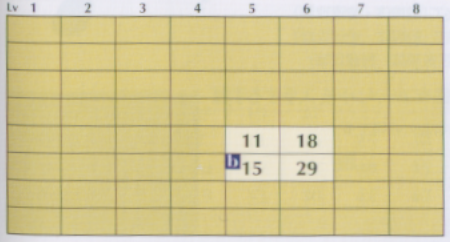