Guile is a dashing, handsome, enigmatic magician from the Zenan mainland. A member of the mysterious Magic Guild, he came to El Nido in search of mystery and curiosity. He became a friend of the Fortune Teller in Termina and learned of Viper Manor and its status as an impregnable fortress. Eager to disprove this myth, he entered into a contest with the Fortune Teller; if he found a Revive Element in the manor, she would give him a Brass Rod. Otherwise, he would have to reveal his face to her. While preparing for his attempt, he met Serge and Kid, who also planned to infiltrate the manor. Judging their usefulness, he decided to accompany them, and from that point on served as a member of the party (though briefly leaving while Serge regained his body from Lynx). While on the quest, Guile displayed exceedingly refined and cultured behavior and speech, and also developed an Element Grid capable of using many advanced techniques. A visit with Sneff revelead that he was the "rising star" of the Magic Guild, but Guile scoffed at his invitation to work magic shows, noting that his only real interest was discovering the truth behind the enigmas of the world. To this end, he accompanied Serge until the final battle with the Time Devourer. He then faded into history; little else is known of him, as Guile is an enduring mystery of his own accord.

During the planning stages of Chrono Cross, Guile was intended to be Magus in disguise, accompanying Serge to learn the true fate of his sister Schala. This would have paralelled his role in Radical Dreamers as the mysterious magician Magil. In the Chrono Cross Demo, Guile is referred to as Gil (Magil's name in Radical Dreamers) in the debug room, a relic of this plan. However, as more and more characters were added to the game, the developers felt that it would have been too difficult to represent Magus's story well amongst the sea of other characters. Guile's backstory was removed, and he gained his own identity as a mystifying traveler. Guile is regardless the same as Magil in appearance and behavior -- fiercely handsome, interesting, intelligent, good-natured, eloquent, and prone to having a bit of fun. Guile especially excels at the last point in his frequent toasts to enigma and lighthearted bet with the fortune teller. Because of Chrono Trigger DS, Guile may be Magus; see the analysis section.

Guile is a derivative of Gil, used by Magus in Radical Dreamers ("Magil" in the English translation and Cross reference).

Alf is a play on Alfador. 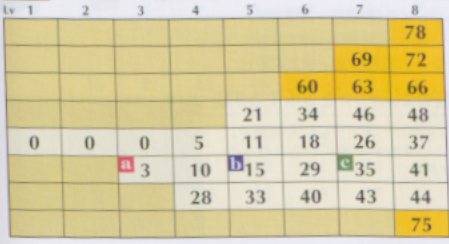