Starky is a member of another intelligent species based on another planet. While flying through space, his ship malfunctioned and crashed in the El Nido Triangle, shattering to bits called Star Fragments. Starky, with little knowledge of humanity or human interaction, immediately set out to find the missing pieces. This led him to Sky Dragon Isle, where he mauraded explorers for their shards. Eventually, he attacked Serge as well, but Serge overpowered the young traveler. Starky then joined Serge's party, postulating that his ship might be intact in the other world. While traveling with Serge, Starky learned more about human life; when retrieving his Plasma Pistol in Arni, he enjoyed courtesy from the fisherman and also learned how to say thanks. He also learned of human sadness by observing Harle weep on the S.S. Invincible about the condition of the world and her inability to stay with Serge. Soon, he located his ship in Another World, as he needed to extract the anti-gravity device from it to allow Korcha's Boat to reach Terra Tower. While there, he also found his ultimate technique. He then stayed with Serge until the defeat of the Time Devourer.

Starky's backstory is elaborated on in the ending "A Career Change...". His race was sent to audit the human planet and determine if it was worth saving or should be destroyed. The veracity of this backstory is debatable, since it takes its exposition from an ending (and endings in the Chrono series are usually made for humorous purposes). Nonetheless, the fortune teller's statement about Starky having to make a grave decision seems to back up this history. Starky's decision would be whether to save the planet or simply let his comrades destroy it. Interesting theories have emerged concerning why his race are in the business of auditing planets in the first place.

Another World's Starky is probably doing something else in the world; he might have been killed after exiting his inctact ship. 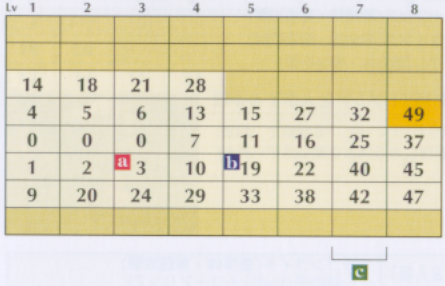