Harle is the enigmatic seventh Dragon, created in 1006 A.D. during the magnetic storm that temporarily brought down Chronopolis's power. The Dragon God, consumed by the Time Devourer, was kept in check by Chronopolis; the power failure allowed it to create a life form that could go undetected and act as an agent in El Nido. When created, she bore the resemblance of an eighteen year old girl, dressed in vivacious clothing. From her inception, Harle was given an order to retrieve the Frozen Flame for the Dragon God; to this end, she befriended Lynx and played him for a fool. In 1015 A.D., she accompanied him to Lucca's house, where they set fire and abducted Lucca in hopes of disengaging the Prometheus Circuit. When this effort failed, Harle and Lynx resigned to wait for Serge to cross the dimensions; in the meantime, Harle took up residence in Viper Manor's parlor. In 1020 A.D., she met Serge for the first time, playfully teasing him and angering Kid. She soon after developed an admiration and romantic affection for Serge, though she hid it behind her flippant advances.

After he adopted Lynx's body, she personally helped him exit the Temporal Vortex and regain his footing in the world, employing several philosophical questions concerning reality to make him ponder the recent turn of events. Harle soon became despondent, as any relationship with Serge would be precluded by her mission to retrieve the Frozen Flame. As time went on, this became too painful for her; after the party's visit to the Pearly Gates, she cried aboard the S.S. Invincible. Though Starky pondered why she was sad, she soon left the party to lie in wait to seize the Frozen Flame. When at last Serge reached Chronopolis, she reappeared to hold off Kid from taking the Flame and allow the Dragon God enough time to fuse and claim it. As the Dragon God arrived, she bid Serge farewell and presumably disappeared into the newly reformed monstrosity. Note that a planned FMV cut for time showed Harle leaving Chronopolis at the moment the Dragon God was forming (see images below).

Harle bears a strong resemblance to Kid in facial and physical features. She also shares the same fortune as given by the Fortune Teller of Termina. Many attribute this to the fact that if the Dragon God were to create a human being, the closest set of genetics would be Schala trapped within the Time Devourer. Kid and Harle could thus conceivable come from Schala's genotype.

Chrono Cross HD Remaster Twitter bio: Harle - "Mysterious girl who appears and disappears" She claims to be one of Lynx's right-hands, and is the only woman who serves near his side. She is dressed as a clown, but her true identity is shrouded in mystery. She is characterized by her unpredictable appearance and disappearance, as well as by her devilish and mocking behavior. Although she is Serge's enemy, she often acts in mysterious ways, such as giving Serge advice. For some reason, she harbors a strong sense of rivalry with Kid.

Harle stands for harlequinn, a name for certain clowns and performers. Harle is dressed in their stock.

Translation: Literally Tsukuyomi, god of the moon in Shinto mythology. 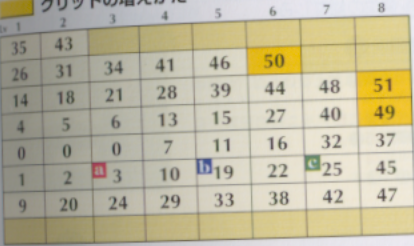