Grobyc is a bionic organism constructed in 994 A.D. at the military laboratories of Porre by Luccia's brother. While originally intended for other, perhaps more scientific purposes, Grobyc came to be outfitted for killing and warfare by the Porre overseers. Specifically, Porre excavations near ancient ruins found an old, incomplete superweapon called the StrongArm; high command commissioned Luccia's brother to repair it for use on Grobyc. Norris, the astute commander of the elite Black Wind, foresaw the danger of unleashing Grobyc upon the outside world with this weapon, and orchestrated a sabotage of the laboratory that resulted in its explosion. Luccia's brother sacrificed his life to save Grobyc; this set back his activation until 1020 A.D. and destroyed the StrongArm weapon. Three years later, Grobyc was released, his first assignment being a security detail at Viper Manor in El Nido. While Grobyc was programmed to follow orders, he retained his own sentience and acted in his own self-interest only -- unless the commanding party were stronger than he. This stipulation allowed the Porre military to control him during the occupation of El Nido until Serge confronted the interrogators.

They overpowered Grobyc and almost defeated Guillot; Grobyc's defeat changed his allegiance to take orders from Serge's party, and he thereafter helped them escape from the death machine. Grobyc afterwards told Serge that his defying the Porre military was interesting, and joined the party; when not traveling with the group, he stayed in Luccia's lab at the manor, as it put him at ease. Grobyc also began questioning his purpose, noting that he was designed only for the elimination and destruction of other beings. After the Time Devourer was defeated, Grobyc endeavored to find new things to do in life.

Chrono Cross HD Remaster Twitter bio: Grobyc - "Revenge Android" An artificial human made by Luccia's older brother in the great country of Porre for the purpose of assassination. He was thought to have died in an explosion at a laboratory several years ago, but in fact, he is still active as an assassin for the Special Forces. He is heavier than his appearance would suggest due to the countless weapons inside his body. He is confident in his fighting ability and only accepts orders from those he recognizes as "stronger than himself". 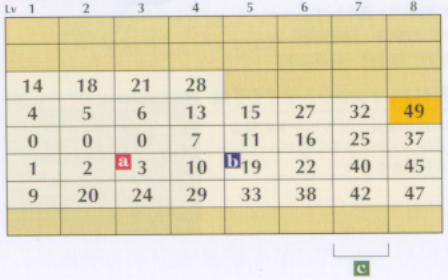