Luccia is the scientific genius of Viper Manor, able to reanimate Dragonian technology and craft startingly original innovations of her own. She probably originated from Porre; the militaristic city became her main place of employment, as she worked with her brother, another scientific genius whose personal project was the creation of Grobyc. She met Lucca during her time on the mainland; the two exchanged notes and dialogue about a variety of subjects (Lucca even spoke to her of the Epoch). While Luccia remained stoic about most subjects when conversing with others, she took much pride and enthusiasm in her work, and jumped at opportunities to collect new data. Unfortunately, tragedy would strike her life three times. Around 1011 A.D., she was involved with the falling out of Fargo and General Viper. She tried to assist Zelbess and Marcy, Fargo's wife and newborn daughter respectively, but was only able to save the child. She felt responsible for the occurrence, and watched over Marcy's development from afar. Four years later, around 1015 A.D., Lynx and Harle burned Lucca's house to the ground. Fortunately, Lucca had left a letter with Luccia with instructions telling her to give the correspondence to Kid in 1020 A.D. The last tragic event to befall Luccia was the death of her brother in a lab explosion at Porre. Set by Norris to destroy the StrongArm and protect the world from a potentially dangerous Grobyc, it claimed her brother's life, though he was able to save Grobyc.

To get away from it all, Luccia moved to El Nido and took up residence in Viper Manor. There, she created a few pet projects of her own. She was able to reanimate Cybot defenders created by the Dragonians, and also constructed a few of her own defense units called Bulbs. Her greatest works were NeoFio and Pip, two unique life forms that could evolve under certain conditions. She met Serge in her laboratory in 1020 A.D. during his raid on the manor; she told him to come visit her after the night's events came to a close. Serge unlocked Pip's cage at this time, allowing the creature to run free. When Serge returned, Luccia noted that she could collect much new data by accompanying him on his quest, and sojourned with them thereafter. Pip eventually successfully evolved, and NeoFio was brought to life with the Life Sparkle. After Kid was revived from her coma, Luccia finally gave her the letter from Lucca. Luccia then briefly studied Grobyc before assisting Serge in his attack on the Time Devourer.

Chrono Cross HD Remaster Twitter bio: Luccia - "Genius Scientist at Viper Manor" A female scientist who spends her days working under the supervision of General Viper. She has a genius mind, but she also has a mad scientist side, and when she gets absorbed in her research, she can go so wild that even the General can't handle her. On the other hand, she also has a calm emotional side that allows her to see things theoretically under any circumstances. She is currently devoting her energies to the study of evolution, using a variety of organisms as experimental material.

Luccia was frozen with the other Acacia Dragoons at the Dead Sea. 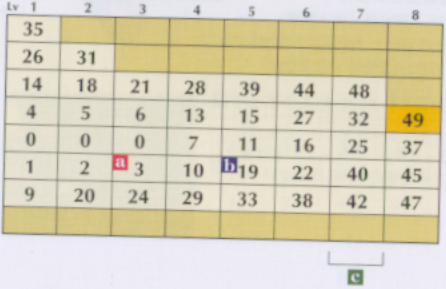