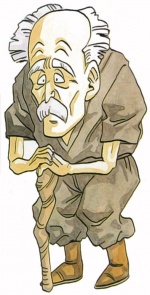 
Doan is the descendant of the director of the Arris Dome, and is perhaps the only true post-apocalyptic leader of the people in the ruined future. Wise and aware of the impending doom and death of the human will to live, he is nonetheless more upbeat than the others and happy to see the party arrive and deliver the Seeds from the storage area. He then wishes the party well by giving them his Bike Key and sending them to Lab 32. Lucca later brings him to the Moonlight Parade.

The name Doan is taken from the Gaelic 'dubhan', which means 'little and dark.'