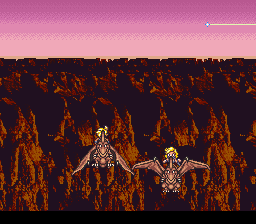 Under the rules of Chrono Series time travel, history is not predetermined; if a person leaves for a year in the future, he will arrive in a world that has not seen him for one year's time. This is proven in the case of the Sun Stone; when the Porre mayor removes it in 1000 A.D., it no longer exists in the Sun Keep afterwards. Now, consider that Ayla is Marle's ancestor, and gave birth to the descendants who would eventually become the Guardia royal family. If Ayla leaves 65000000 B.C. on her quest with Crono to go to the future, why is history unaffected? From the point of her departure, the world's history should have progressed without Ayla, meaning the Guardia family would have never been born. The same can be said for Doan, said to be a descendant of the family from 1000 A.D. How do Ayla and the others travel through time without violating history in this manner?

Small changes made to the timeline will not have any noticeable effects if the intervening interval of time is sufficiently large. This is due to the overwhelming number of other factors involved and chaotic effects. After a geologic period of time, these small changes are simply cancelled out by the law of averages.

For example, even though Ayla was originally the ancestor of the Guardia royal line, in the timeline which existed while she is traveling through time, the present era was not noticeably changed. The Guardians had a different ancestor which had no noticeable effect after 65 million years. Doan is surviving member of the Guardia royal line in 2300 AD, even when Marle was traveling through time. After 1300 years, Marle's absence from 1000 AD had a minimal effect on the timeline. One example of where this does not apply is Queen Leene's disappearance in 600 AD, which may have eliminated Marle from the timeline.

Still, this is somewhat refuted by the fact that the Mayor of Porre does change if you give Jerky to his ancestor in 600AD. By most accounts, this is a minor change, yet the mayor is in fact changed by these events. Perhaps a better way to explain it is that the scale of the changes to the past corresponds to the scale of the changes in the future.

Examples: Having the original ancestor of Marle leave 65mil BC would end the Guardian line, but this is a very significant change, so some factor would act to preserve the timeline of the world to allow the Guardian line to come into existence. Giving Jerky to the Mayor of Porre's ancestor is a relatively small change, but because the resulting change to the timeline is also relatively small, it is allowed to happen. The rising of the Black Omen is a very significant change, but Crono's interference in the Ocean Palace is certainly not trivial.

Star Trek also uses an axiom that limits changes to the present from traveling to the past by an amount "proportional to the inverse-square of the distance traveled." This means that the further one travels into the past, the smaller the effect on the present. This can also be seen in CT; the party can easily make changes to the present from 600 AD, but can change nothing (with the exception of the Sun Stone) from 65,000,000 BC.

Perhaps the 65 mil. BC ancestor is just Kino, and Ayla has nothing to do with it. Certainly, this would create a domestic problem when Ayla returns to her own time and finds that Kino has already taken or will take another tribe member as his wife. Nonetheless, the time stream would remain undisturbed.

Another simple explanation is that they're not really ancestors in the literal sence. With all the intervening years, how could they confirm that either way without some higher technology than they posess? Or, it could be relation through adoption. With so many intervening generations, its possible (likely maybe?) that one of the wives marrying into line bore a child illigitimately and hid the fact, or someone adopted.

Perhaps one of the random people who had ended up at the End of Time was one of the descendants of Ayla and ancestors of Marle. Under Time Traveler's Immunity, this person would be protected from the disappearacne of his or her ancestors, and after returning to his or her home time, could continue to father the Guardia line.

Another stipulation operates on Radical Dreamers's note that Guardia probably held the Frozen Flame for much of its history. Perhaps use of the Frozen Flame to establish Guardia gave its first founder Time Traveler's Immunity. These theories are both farfetched, sadly.

History cannot be preserved simply because Ayla "returned to prehistory and had babies after the adventure." Until Lavos is defeated, there is no "after the adventure," and on top of everything, the theme of the Chrono games is that free will exists and people can change history by unleashing their desires and passions. The series does not operate on temporal possibilities, and neither is anything "fated" to happen. When Ayla departs 65000000 B.C., she should be missing for sixty five million years, and Guardia should evaporate.

Additionally, Kino and Ayla probably did not have a baby before she left. This is evidenced in the animation ending of the Playstation version, in which the two are formally married. Kino's jealousy in the game is also indicative of a young and turbulent relationship.

From: Plot Inconsistencies
From: Theory (Time and Dimensions)