Taban is a blacksmith and descendant of Banta. He is also the husband of Lara and the father of Lucca. He and Lucca created the Telepod that is shown at the Millennial Fair. He appears to have scientific leanings like Lucca; his machinations accidentally cost Lara the use of her legs (this was undone by Lucca in 990 A.D.). He fashions two items for Lucca during the course of the game, the Taban Suit and the Taban Vest. These are outclassed by the PrismDress, but it is the thought that counts. The note about Taban being a blacksmith was omitted from the North American release of the game.

Taban and Banta are anagrams of each other. 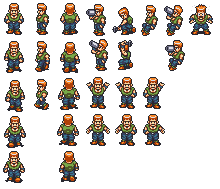 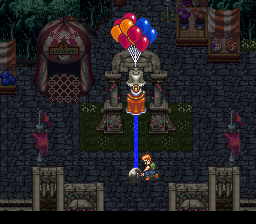