Skelly is a circus performer with a rough and colorful past that literally left him in pieces. Born to a loving family, he was taken care of by his grandmother in Termina. He loved to eat Squid Gut Pasta, and grew chubby because of it; however, he soon invoked a change of pace by joining the circus. While the details of his history are unknown, one day he was killed and his bones were scattered all over El Nido. His spirit did not leave the realm of the living, and remained in his skull, which began hollering out in 1020 A.D. to make a fuss at Fossil Valley. Serge encountered the skull, which introduced himself as Skelly. Serge then located his other bones, allowing Skelly to reassembly. Skelly then ran home to Termina, where he reunited with his old family. He then accompanied Serge on the rest of his journey, stopping to eat pasta in the other world's Termina. The taste made him tear up and promise never to throw his life away again.

In Home World, Skelly's fate is unknown. He disappeared like his Another World counterpart, though he was directly stated to have been "taken" by the Porre military for an unknown reason. 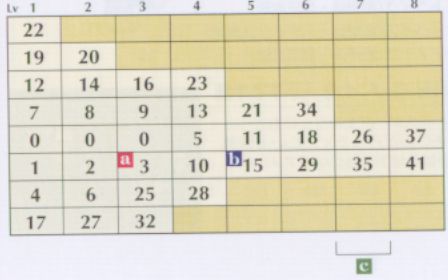