Some locations in Chrono Trigger are only seen in the endings. Many of these are used in the Developer's ending, while two others are employed for other purposes.

This is the Millennial Fair done at night. In game, layer 3 effects are used for strings of lights; otherwise, everything is darkened to a pale blue hue.

This is Leene's Square faithfully reproduced with the future tileset. However, this is not how Leene's Square actually looks in 2300 A.D., and is just used for purposes of humor in one of the endings. For the true appearance of the Square in the future, consult Nadia's Bell. Be sure to check out the prerelease version: Futuristic Leene Square (CTP) 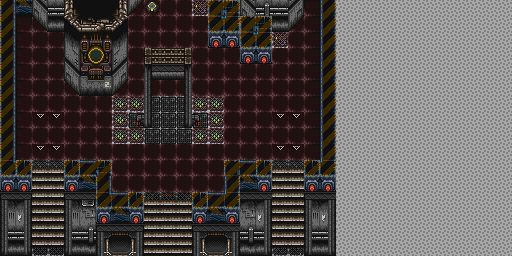 This room is a reflection of 1000 A.D. in the Developer's ending. Yasunori Mitsuda, taking the sprite of Toma, can be found here. 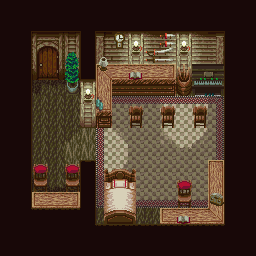 This room is done in the style of 65000000 B.C. The setup, a plateau among an impenetrable jungle of trees, is unique in the game. 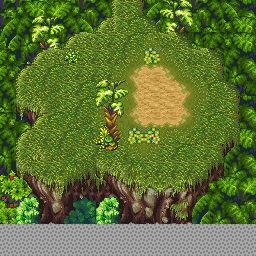 This room resembles the Ocean Palace and features the Prophet sprite. 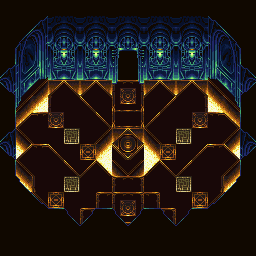 This is taken from the Guardia Castle dungeon. 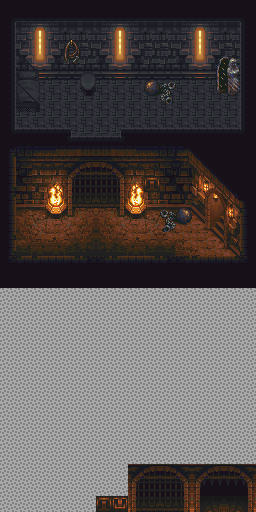 This room interestingly joins an Earthbound cave with an exit at the top. The ferret sprite appears here. 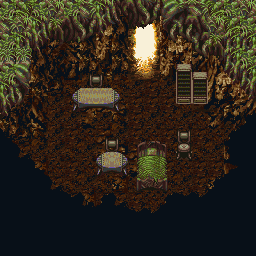 This room houses the Dream Team sprites, and is done in the style of the Northern Ruins. 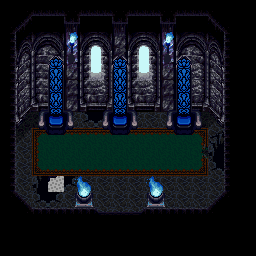 This room looks like the human processing plant in the Geno Dome, and is the only other place the Truce Dome Director's sprite appears in the game. 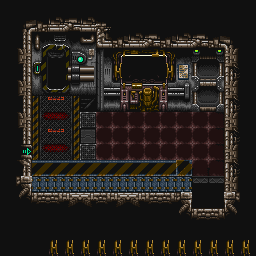 This appears to be a hut from Ioka. 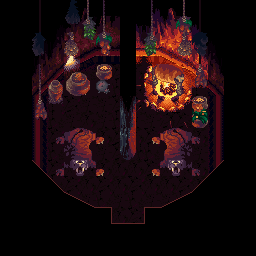 This set is taken from Magus's Lair, and appropriately features Flea. 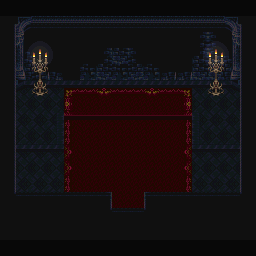