Razzly is the wispy and whimsical fairy of Water Dragon Isle, and lives in a community there. Her origins unclear, Razzly grew up with her sister Rosetta, living a free spirited life on Water Dragon Isle. Like the other fairies, she grew to appreciate all life forms on the planet, and unlike some Demi-humans, did not harbor any grudges against humans. In 1020 A.D., she voyaged to Hydra Marshes, where she viewed the last living Hydra. However, the Dwarves caught her snooping around and imprisoned her in the Pentapus lair, hoping the monster would eat her. Around this time, Serge stumbled upon her and released her; she accompanied the party from then on. After the Hydra was slain, Razzly found newborn babies in its womb. She then went with Serge back to Water Dragon Isle, where she found the Dwarves ransacking the village. With Serge's help, she defeated them and let them know of the living Hydra babies in the Marshes; her sister, Rosetta, also survived the attack. However, the fairies grew angry with Serge, and prohibited him from coming there again. Razzly still stuck with the party however, journeying with them until the Time Devourer stood vanquished.

Alternatively, if Serge did not bring Razzly with him to the battle against the Hydra, the newborn babies were not found and Rosetta was slain. Rosetta's dying wish reinvigorated the fairy tree, resulting in the growth of Razzly's level seven technique. Lastly, if Serge did not obtain the Hydra Humour of his own efforts, the Pentapus presumably consumed and killed Razzly.

Most Cross characters have hit values for heavy attacks of 20, unless they target all enemies (at which point they're only 10). Square apparently made a mistake with Zoah and Razzly; Zoah's is only 10, while Razzly's is 20.

The fairies presumably migrated or died after Another World's Water Dragon Isle dried up. 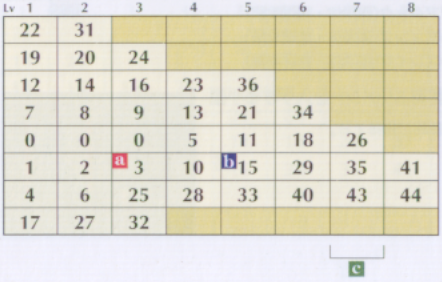