Van is the practically-minded son of the artist Gogh. His mother died soon after he was born; forced to grow up in poverty, he became sarcastic as his father struggled to sell his paintings. Van soon developed awareness of the need for good income, and maintained his own piggybank. In his room, he also kept a jar of El Nido Blue, his father's original color, and a seashell associated with memories of his mother. Around 1020 A.D., he was nearly forced out of his home by the greedy landlord, but managed to delay the proceedings by noting that he would soon go on a quest to find the Frozen Flame. These events were witnessed by Serge, who had come to the house moments earlier. Van then retired to his room to sulk; Serge told him that his party really was on a quest to find the Flame, and Van incredulously dismissed this. He still offered his services as a travel guide, to which Serge accepted. His father wished him well, and gave him a Boomerang for combat. While traveling with Serge, Van had the advent of meeting his father in Another World -- a fat, distant father. Van learned the importance of the statement "money can't buy happiness" in seeing Gogh, and also visited his dimensional counterpart. The two wished each other the best. Van then accompanied Serge to fight the Time Devourer.

In Another World, the roles of Van and Gogh were switched; Gogh became an affluent trader, while Van was offered all the services and tools needed to become a successful painter. As a result, Van became moody and cynical, spoiled by the wealth of his father. 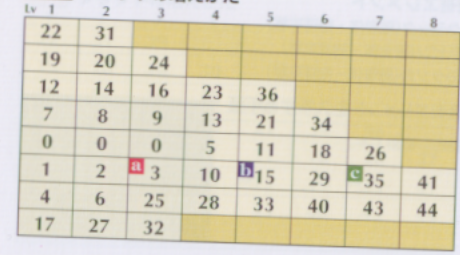