In the scenario Homecoming: Shea's Light, Shea, an illegitimate daughter of Lynx, was one of the caretakers of the Temple of Four Spirits, and took in Kid as a child. One day, Shea was summoned to Viper Manor, and did not return. Lynx summoned her for the purpose of exacting a spell that allowed him to stay in the realm of the living, as he had been murdered by an Acacian and needed a blood relative to keep his spirit present. Though in death, Shea tried to limit Lynx's power, he continued to lure people to the Viper Manor for the purpose of absorbing their life force. He met his end when the Radical Dreamers arrived, as Shea successfully convinced Magil to explode the Frozen Flame, which held Lynx's spirit. The resulting blast knocked the Dreamers out, but spared their lives; Shea and Lynx were nowhere to be seen. 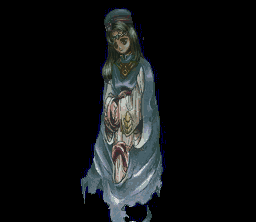