Demon Warlock are blue-skinned, short, malicious magic-using enemies who haunt the corridors of Viper Manor. When facing the Radical Dreamers, they are able to use Creature Summons and elemental attacks; they can also swing their scythes for damage. In most combat scenarios, Magil ends up toasting the demon.

Demiforce's "Leech" monster is actually a slug, which doesn't suck blood but annoys the characters by being disgusting. 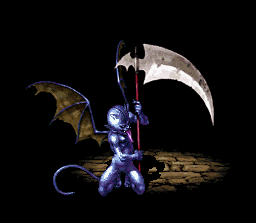 Feral cats roam the outside woods of Viper Manor and attack any unsuspecting visitors. When fighting them, attack immediately two times, even if Kid warns you. Though you will lose health, Kid's liking for you will increase.

Feral Cats also appears as one of Lynx's techs in Chrono Cross. 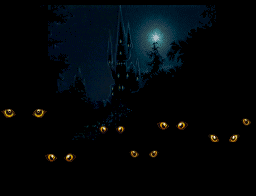 Goblins are the mainstay of the security force of Viper Manor under Lynx's leadership; they are green-skinned, muscular, rough and rude. They carry a morning star and a mace; some have potions on them. In combat, Serge is presented with the options of parrying their attacks, dodging, or slashing. It is advisable to dodge first, then choose the "slash quickly at its hand" option when it appears. Attempting to use the morning star will often result in failure. The Magical Gobbler Team is an elite cadre of these beasts.

Gryphons are terrible creatures, and can use magic as well as fight physically. They roam the halls; one poses as a rat in the kitchen in order to fool the Radical Dreamers. It is advisable to dodge when first encountering one; Gryphons have a high rate of injuring Serge in the first round.

Gryphons are mythical creatures with the head of an eagle and the body of a lion; they appear on coat of arms. 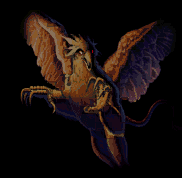 Poltergeists suck psychic energy from their victims, and pose a unique threat to the Radical Dreamers. One should try to hide behind Magil; two sets of choices can appear during battle after this one. One should choose "Anaconda" when it appears, or the comment about Kid's cankles. Eventually, Magil will unleash a burst of his own magic to destroy the ghost. 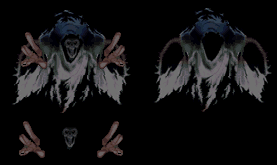 Armor-clad skeletons patrol the halls of Viper Manor; the key to their defeat is the elimination of their head. They are easily taken down; one should first take out the body, and then crush the head.