The Medina Elder's house is the seat of lordship over the city of Medina, and originally hosted Ozzie VIII as a brutal ruler who forced his fellows to do backbreaking housework. After Crono changed time, a more amicable Mystic took charge and restored relations with the humans by speaking with Bandeau about a ferry to Truce. 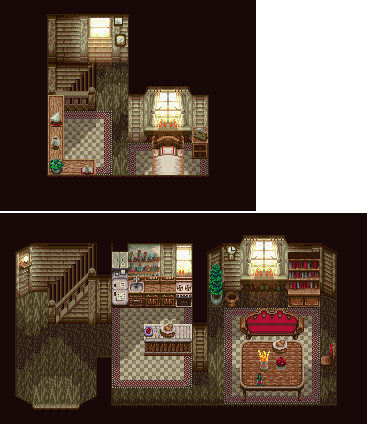