Lavos is surrounded by a blue aura; the party also warps in and out of blue space to fight him at the Ocean Palace. The party is later "thrown into the Mammon Machine", which seems complete.

We can conclude that Lavos and the Mammon Machine (through Lavos energy) are capable of generating pocket space, which also produces a large gravity distortion (as reported by Robo when Magus summoned Lavos at his lair). This can be considered Lavos's domain of sorts. It does not exist on a scale of Time Error, neither is it a Pocket Dimension (which is a deprecated theory). It's simply Lavos's pocket space. 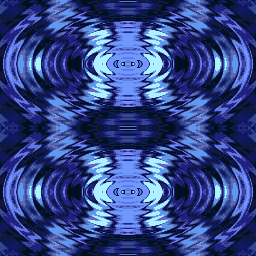 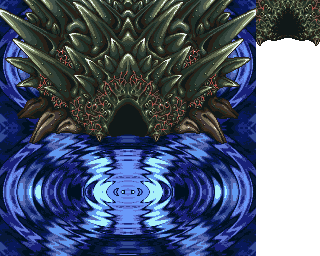 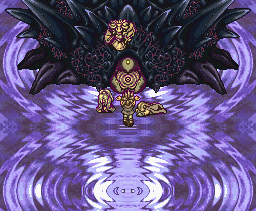 From: Chronology
From: Theory (Principles of Timelines and Dimensions)