From: http://www.icidal.com/xproject/archives/cryptozoology/bunyip.html
'According to Aboriginal legend, Bunyips are creatures that lurk in swamps, billabongs, creeks, riverbeds, and waterholes. They emerge at night, making terrifying, blood-curdling cries, and devour any animal or human that dare venture near its abode. The Bunyip's favourite prey is said to be women. Fearing to go near suspected Bunyip haunts, the Aborigines shared their fearsome legends with early white settlers. After hearing such tales, they became fearful of strange, loud noises at night, and seriously considered the existence of the Bunyip Monster. Descriptions of Bunyips include a wide spectrum of appearances from animal to spirit. Some describe the Bunyip as a gorilla-type animal (kinda like bigfoot, or the Australian Yowie), while others say it is half animal, half human or spirit. Bunyips come in all sizes, shapes, and colors. Some are described to have long tails or necks, wings, claws, horns, trunks (like an elephant), fur, scales, fins, feathers...any combination of these.' 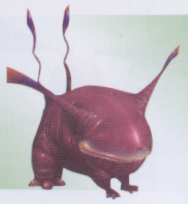 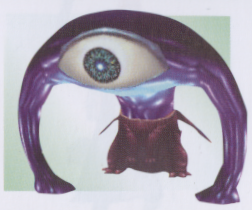