Mojo is a curse doll made in the far East with the intent of hurting others. He was one of many made for this purpose; as they dispersed throughout the world, many perished, though Mojo survived unscathed to reside in Arni. There, he was worshipped by Kiki's Dad as a lucky charm that professed true love to all. While worshipped, he remained inanimate, though during a visit to Kiki's father by Serge, he became aware of Serge's unique purpose in the world. He sprung to life, affirming that he was indeed a charm standing for true love and happiness, and joined the party. During his travels, he retained a bright attitude, though a chance encounter hinted at something darker. While in Termina of Home World, he found his long-lost brother -- another straw doll, propped up in front of Dario and Glenn's old home as a practice dummy for swordplay. Mojo confessed that he was unsure of his purpose, and that the nail within his chest stood for hate. Later, on another visit to Kiki's father, he revealed his true purpose to Serge and the other party members. He was intended as a curse doll, and only carried hate; however, he decided of his own will that from then on, he would be a propagator of love as he truly desired. This allowed him to use his final technique, and also recharged his outlook on life. To reflect the change, he altered his name to Mojoy.

Mojo is presumably still on Zenan or Medina in Home World, as he was not purchased by Kiki's father and imported to El Nido.

Mojo is Spanish for gravy, but more accurately means:

A magic charm or spell, an amulet, often a small flannel bag containing one or more magic items, worn by adherents of hoodoo or voodoo, or personal magnetism; charm. 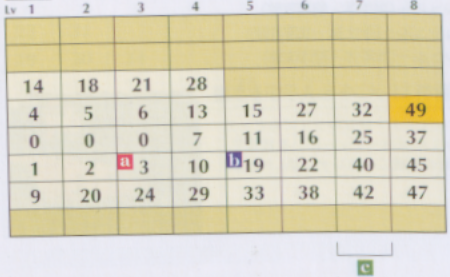