The Chrono series community is full of many creative ideas and projects. The Chrono Compendium welcomes fan projects and offers its support to fan projects that are viable.

This page is reserved for viable, completed, and abandoned Fan Projects. For a fan project to appear here, it has to pass a test of viability at this thread; we cannot afford to spend time encouraging impossible projects or efforts without any real knowledge or drive behind their completion. Do you need a forum to develop your fan project? Check out this thread and see if your project meets the requirements.

Radical Dreamers + is a new version of Radical Dreamers made in RPGMaker 2003, and featuring music, sounds, and sights from all three Chrono games, as well as a custom battle/menu system. The project is headquartered at La Fin des Temps, the center of the French Chrono community.

CT: Unglued is a long-running and well known Flash series covering Chrono Trigger from the beginning. 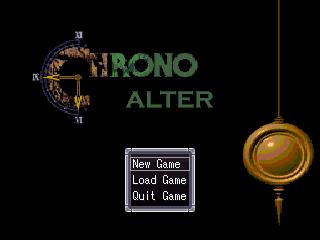 Chrono Alter is a revised version of Chrono Chronicles made by Lance.

"One year ago, Crono, Marle, and Lucca decided to change history. They traveled through time, overcame many obstacles, and defeated what we call 'Lavos'. Over the course of time, there were many casualties. One of them was Princess Schala of the Magical Kingdom, Zeal.

Now, in 1001 AD, the cogs of fate begin to turn once more. While Crono and Marle sit upon a mountaintop, they are drawn into a new world by what seems to be a resurrected Lavos.

After awaking in this new place, Crono realizes that Marle is no long with him. As his quest begins, he receives a letter from one who was thought to be dead.

He travels through this new land, meeting with his allies from across time, and he begins his quest to save time once more." 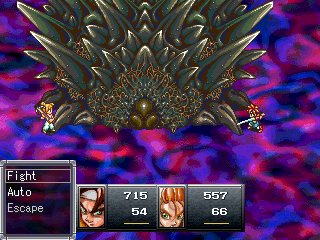 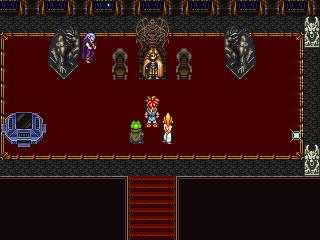 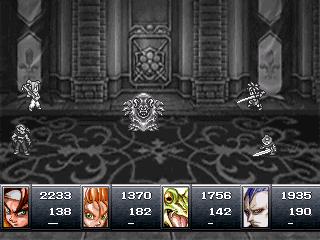 CSW is a fan project revolving around several video game franchises. It features Crono as a playable character, with other characters from the series making an appearance as allies in combat. Check out the list as of March 2008 by hitting this image:

This hack alters events of the game so that Schala of Zeal is rescued as part of the normal course of events. Schala remains part of the game world through the rest of the story and can be interacted with regularly.

Other changes include: an expanded version of the original Ted Woolsey translation, new items and Techs, new enemies and dungeons, new locations and NPCs, new shops and treasures, and a lot of surprises along the way. More alterations are explained in the readme.

Versions 1.0, 1.1 and 1.2 of this hack were beta releases previewed for and playtested by members of the Chrono Compendium community. Thank you to everyone who participated, as this project would not exist without you.

Please note: this hack does include the New Game+ feature, despite what was stated in one of the reviews for the project. Feel free to contact the hack’s author if you encounter bugs. Thank you. 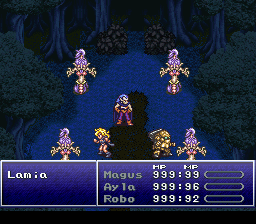 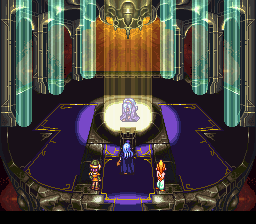 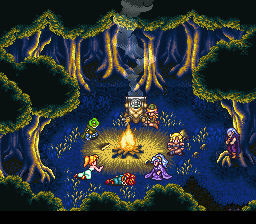 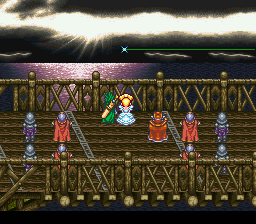 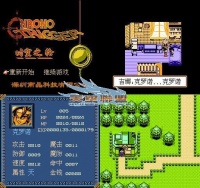 A favorite pastime of certain Chinese bootleggers and ROM hackers is converting games like the Final Fantasy series to run on NES or Famicom cartridges (which you'd call an 8-bit port). "Converting" may be misleading, since it involves the creation of new data, not the modification of the old Chrono Trigger in this case. Well, as these pages illustrate, someone's done it for Chrono Trigger:

Read Cinnamon Pirate's article for all you need to know. It'd be nice if someone could make an NSF of the soundtrack, but it's likely that no one gives a damn. 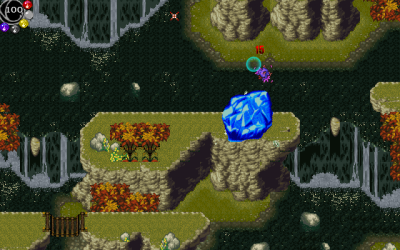 The Rise of Magus is an original platformer built in Game Maker 7 and inspired by the character Magus from Chrono Trigger. The game is a .exe file, and so can only be played on Windows machines currently. No installation is required - the entire game exists within that single file. 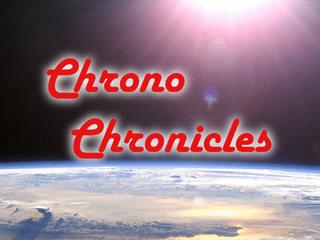 Chrono Chronicles is an RPGMaker2003 game made by Lance7586. Download it here and watch a preview here. 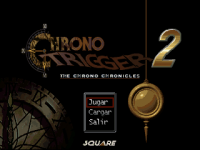 Chrono Trigger 2 is an action RPG made in RPGMaker2003 and featuring the original cast. Found by Vehek, it's done in Spanish. Watch a Youtube preview here and download here. One of the prologue lines states:

At the end of time the battle took place that would decide the destiny of mankind.

Lavos the extraterrestrial creature emerged from the depths of the earth to destroy the entire existence of life but a group of unsung heroes managed to defeat and end the ambition of the monster.

The continuous cycle of life heroes and victors returned to the time that they belonged. Because of his exploits they were recognized as heroes.

But despite everything they would meet again soon...

Chrono Killer is a fighting game that uses the Beats of Rage engine. It's available here.

The CT Arcade Game consists of two games, one a Space Invaders type battle on Zenan Bridge, the other a fighting game set at the Millennial Fair.

Chronological Gangster is a Jay-Z mixtape done by The Specialist, using music from both Chrono Trigger and Chrono Cross.

Check out the full listing at Albums and Doujins or download immediately here. 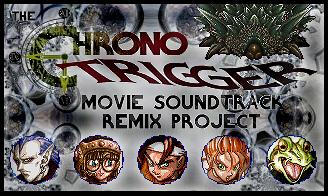 The mission of this project is to fully orchestrate the incredible music of Chrono Trigger, in order to create a soundtrack befitting the Chrono Trigger movie, as scripted by this project's leader and originator. In doing so, we hope to achieve a level of professionalism and cohesiveness unwitnessed in recent Chrono Trigger projects, and create a product that is both wholly enjoyable and entirely encompassing of its textual foundation. Our mission is, in its purest form, to create a lasting and self-sustaining soundtrack that will be listened to for many years to come, and considered a cornerstone of the Chrono Trigger universe. To do this, we rely upon the most talented remixers in the world, those of the OCReMix forums, whose combined works have reached many thousands upon thousands of ears, and whose combined skills will ensure a compilation of songs worthy of any movie, fan-based or otherwise. This is our mission. 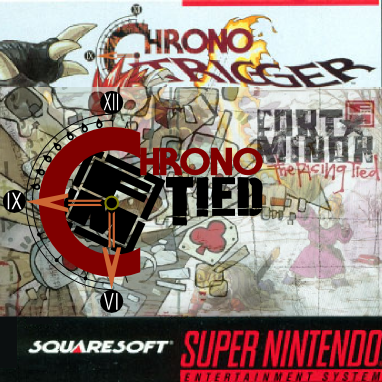 "Chrono Tied is a project thought up by DJ Nerd42 to mashup the vocals from Fort Minor's "The Rising Tied" album with the Chrono Trigger soundtrack, as heard on the Chrono Trigger Mixtape instrumentals. I'm way too lazy to really focus on this but every now and then I'll throw a track together."

If this sounds like something you'd enjoy, be sure to check out the website in case there's a song available. There are a few left!

The Chrono Trigger OSV Remake Project began as a piano cover project by Wiesty and other contributors for Chrono Trigger in January 2005. It suffered a debilitating hard drive crash a couple years later, but was ultimately released in 2008 (with some tracks cut due to the hard drive loss).

It's a full Chrono Cross Triple Triad Deck by Koa! The Compendium hosts a download for all the cards here.

Abandoned projects have been moved to their own section:

Thanks to Cory Doctorow and Luminaire85.

You are trying to develop a new Chrono

project. Your project will not succeed. Here is why it won't succeed:

From: Community
From: Main Page