Difference between revisions of "Radius"

Radius is the wise chief of Arni and a former Deva of the Acacia Dragoons. Born on the Zenan mainland, he made his way into the service of the Dragoons, where he met Zappa, Garai, and General Viper. The sagely man demonstrated a fantastic combative skill while in service of the Acacians, and soon was promoted to Deva alongside the others. In 1005 A.D., the four warriors tore up the battlefield and established a reputation of ferocity. Sadly, this tenure was disrupted by tragedy when Garai and Radius happened upon the demonic Masamune. Radius was consumed with its power and murdered in a fit of insanity; while the other Dragoons accepted the incident as an accident, it caused Radius to seriously reevalute his life. Radius buried Garai at the Isle of the Damned, and began leading a more spiritual life. Already middle-aged at this time, he retired later in 1016 A.D., resigning to Arni to become its chief. There, he sought to establish a kind and knowledgable leadership; he decorated his chief's hut with wise sayings and other resources, and laid down his sword forever. When Dario died after being corrupted by the Masamune, Radius took the Einlanzer and placed it at Garai's grave at the Isle of the Damned.

During his stay at Arni, he counseled the villagers and held seminars on the lawn in front of his hut. He taught Serge how to use basic Elements in this manner. His life remained relatively peaceful after Serge crossed the dimensions until Serge returned with the body of Lynx; Radius, suspecting the evil Demi-human himself had come to Arni, called him out for battle. Though Radius was defeated, he detected that Serge's spirit was truly in Lynx's body, and soon conversed concerning his travels. The duo decided that they needed to journey to the Dead Sea; this led them across El Nido and eventually to Death's Door. There, the demonic Masamune blocked passage to the Dead Sea through an evil aura; Radius regretfully noted that the Einlanzer alone could dispel the negative energy. Radius and Serge subsequently journeyed to the Isle of the Damned and attempted to remove the sword; Garai's spirit angrily arrived and challenged them to fight. Radius reluctantly defeated his old friend again, and speculated that perhaps Glenn would kill Garai as penance. Radius then remained with Serge for the rest of his travels, eventually meeting his dimensional equivalent in Another World. When he approached the Frozen Flame, Radius showed weakness in being tempted by a dark power once more, but was able to stand against the evil influence.

In Another World, Radius lived the same life mostly, save that instead of becoming the chief of Arni after retirement, he simply lived at Hermit's Hideaway. There, he maintained a peaceful way of life and also built an underground shelter in case of disaster. This saved the area when Harle and Lynx set fire to it; Serge subsequently had an audience with Radius and learned a small history of Lynx's dealings with Lord Viper. Later on, Kid was taken to Hermit's Hideaway after she fell into a coma; it was here that Masa & Mune sufficiently empowered Serge to go back in time and ease her memories by being present at Lucca's house.

An apparent prototype of Radius appears in Radical Dreamers -- the old, unnamed, disheveled man in the catacombs of Viper Manor. After Lynx befriended General Viper, Radius met with the visiting aristocrat and planned to assist in the overthrow of Viper. After the deed had been done and Viper lay dead, the Radius figure felt tremendous grief and regret. He was thrown in the catacombs and beaten to within an inch of his life; his mind subsequently could not handle the stress and powerful negative emotion, and he went mad. When the Radical Dreamers confronted him for information and showed him his old ring, he recognized them as his former Deva friends, and noted that they should retreat to Staik Lake. Eventually, he yielded the secret needed to reach the underground ruins beneath the Manor. Magil bent the prison bars prior to this exchange, and stated that the man would have to walk through them himself if he were ever to reclaim his sanity.

The Radius prototype bears one similarity to his Chrono Cross counterpart in that he killed a friend; in this case, Garai. 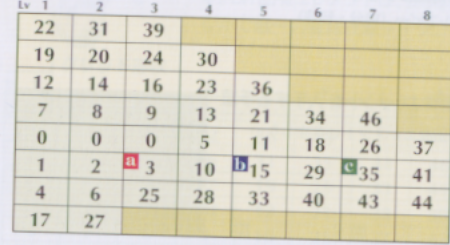