The Modification wiki depends on volunteer contributors to add new information or tutorials. If you're interested in the Chrono series and have done some research, post on the forums or e-mail chronocompendium@gmail.com for access to edit the modification section, and we'll make sure that you can add your findings here.

Chrono Trigger (Japanese: クロノ・トリガー) is a 1995 SNES game and is considered to be one of the greatest games ever made, as well as one of the finest role-playing games of the 16-bit era. Owing to its success, Chrono Trigger has been investigated and hacked extensively. Temporal Flux enables whole-scale editing of scenarios, field maps, the script, and many other areas of the game, while many other utilities and translations round out the community's offerings. A leaked beta version, the Chrono Trigger Prerelease, has also garnered the attention of ROM hackers.

Geiger was the first to audit the ROM of Chrono Trigger, creating a huge offsets text file that mapped the ROM. The guide is formally hosted as at his homepage. A direct link exists below:

Event sound effects - bundled as .spcs or .wavs (no looped effects). Instructions for conversion included in the readme.

Temporal Flux is a spectacular editor that can work with dialogue, locations, and overworlds, and in the future will be the vehicle for editing everything in the game. A plugin architecture lets editors add their own functionality to the program. Get the latest version and plugin architecture here. A backup for 3.04 is available here with a plugin architecture 1.00 backup here.

Before consulting Kajar Laboratories or tutorials, check out Chickenlump's Temporal Flux guide. Updated in 2007, it can get you on your feet in no time. Download it here.

This archive contains two Flux files. The release file is Actor, Animation, and Static Checker.Flux. It allows one to view each of these things without modifying events for every little change. Grab it here.

This is a technology demo of self-modifying code (SMC). Assignment commands are capable of pointing into their own memory space and changing values. But be warned before you start trying to use SMC that its a pain to maintain. Every time you add, remove, or change a command, you'll need to check every SMC assignment and change its address. This becomes particularly burdensome if you are using several of these assignments, such as in this Flux file.

To use this Flux, import it to its default slot, which will attach it to Location 067. To attach it to a different location, you'll need to modify the ChangeLocation commands. Provided that you change nothing other than this, the SMC assignments should still work fine. Talk to Gaspar for instructions.

The other Flux file included is a slightly older version that is not as complete, but also does not use ChangeLocation. NPCs are loaded in real time, though this does create some minor issues we have not yet solved. This demonstrates some of the research that was done to achieve the real time loads. Without setting the proper values in memory, Chrono Trigger will typically crash after just a few NPC loads.

Note: Please check this topic in case a more up-to-date version has been released.

Hi-Tech, an addon for Temporal Flux, is an outstanding and fully functional tech, attack, and item Editor for use with a Chrono Trigger ROM. You are to provide your own ROM. With it, you can edit all of the tech animations and properties, along with targeting, thus being able to create your own techs and attacks from scratch. Consumable Item healing and status addition properties are handled by Itemizer, and not included in Hi-Tech.

Note: Please check this topic in case newer versions have been released. These versions are current as of May 6, 2018.

Chrono Trigger was released to bad reviews on Steam due to its ugly UI and other questionable changes from the SNES original. Several hackers came forward to release patches fixing the UI, restoring the original translation, and tweaking other aspects of the game to improve upon the experience. While Square Enix has since made some of these improvements to the base game, the patches can still add fresh, needed changes to the game. Check out the following website, which aggregates all Steam patches and utilities:

Should the site go down, the Chrono Compendium backed up all items here:

Some interesting findings are in this board about the Steam CT version: [Link https://trello.com/invite/b/BnoJAiFS/ca312bf3c0d04088733cde70637e4f11/chrono-trigger]

Thanks to themadpatter for these findings.

Other Tools and Patches

There are a couple tools available:

As well as a graphical patch:

The library has been translated into English and French by Terminus Traduction (who also translated Chrono Cross and Radical Dreamers into French).

yawnmoth has written a document on hacking the music library:

There are a couple translations available: 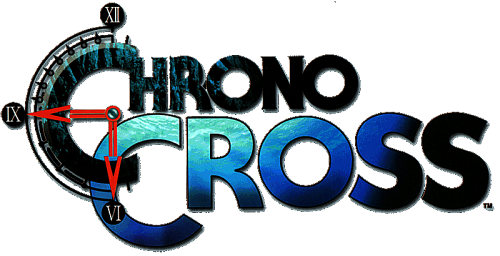 Chrono Cross (Japanese: クロノ・クロス) is the 2000 sequel to Chrono Trigger. Released for the original PlayStation, it has been extensively hacked, mainly since the late 00s. Event coding, model changing, and field map editing are among the frontiers of Chrono Cross modification.

Chrono Cross, released late in the PlayStation's life, was subject to clever data obfuscation by Square. Obfuscation in this sense—the art of hiding data—means at the simplest level that, if you put Chrono Cross in your hard drive, you can't browse directories and view individual assets, like character models and textures. Instead, the game disc is compiled as a unified whole with an index file at the beginning which the PlayStation / Chrono Cross read to find files and operate. In 2002, Terminus Traduction (specifically, Yazoo, Nemesis, and Manz) successfully audited Chrono Cross and wrote a set of utilities for extracting its data. The first tools (Chrono Cross Hacking Tools) were authored by Yazoo and dump the entire game's assets. The second set of tools (Chrono Cross Translation Tools) are heavily-modified versions of Yazoo's tools primarily coded by Nemesis and his team. They are specifically geared to dump assets (such as text, scripts, images with text, and video captions) needed for translation.

All Chrono Cross file dumpers to date assign each file a four-digit number according to its position in the toc (see boot.dat)—0000 is the first file listed in the toc, and so on. There is no single accepted convention for numbering the subfiles of compound filetypes, so I've used the briefest one, which I invented for Purple Cat Tools, where 0009.000 is the first subfile of file 0009, 3760.003.005 is the sixth subfile of the fourth subfile of file 3760, and so on.

Files with unique content formats or files whose content is not understood are usually given the .out extension (some subfiles from drps have been assigned .tHH, where HH is a hex representation of a drp type byte, instead.)

Radical Dreamers (Japanese: Radical Dreamers –盗めない宝石–, "The Unstolen Jewel") is a 1996 side story or gaiden to Chrono Trigger. A text adventure, it has not received the same amount of attention as the other games in the series for obvious reasons. The main focus of ROM hackers has been to enable translation of this work, which was never made available outside Japan.

Does not exist at this time.