Turnip is an enigmatic dream being that found life in the soil of Hermit's Hideaway. Grown in a dimensional weak spot, his growth in Home World was disrupted when Lynx set fire to the Hermit's Hideaway of Another World. Later on, Serge cooled the ground there, giving Turnip suitable conditions for growth once more. He was then dug up by Poshul in Home World, and immediately sprang to the party's aid as thanks for being taken out of the soil. While accompanying Serge, he pondered his existence. While in Viper Manor, he came upon a sleeping member of the Acacia Dragoons. He immediately exclaimed that in his dreams, he lived the life of this man. This led him to wonder whether he would disappear once the man woke up; he later concluded while facing the Frozen Flame that as long as he thought, he existed. He later ruminated that perhaps he lived in a dream world when not in the flesh.

Turnip's nature and words bring to mind two philosophies on life. That he dreams of the soldier and the soldier dreams of him is a take on Zhuangzi's famous chapter in his book that described an experience in which he dreamt of being a butterfly and afterwards wondered if his life were simply the butterfly dreaming of him. Doreen makes a similar analogy in Chrono Trigger. Secondly, Turnip evokes the famous statement of Rene Descartes by noting that as long as he thinks, he exists. Descartes similarly used the phrase Cogito ergo sum in his work, though he was not the first to identify the phrase in the history of philosophy.

Turnip simply does not exist in Another World; he may have been burned up when Lynx set fire to the area. 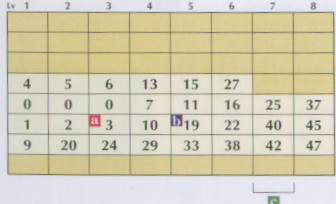