The Time Crash was a cataclystmic temporal distortion that hurled Chronopolis and the Sea of Eden ten thousand years into the past. It grew out of the Counter-Time Experiment, an effort to master control over time through the use of the Frozen Flame. Specifically, Group 3B released the Frozen Flame's lock-level to D in order to trace something called the counter-time effect. This caused Chronopolis to become exposed to Lavos somehow, who placed the institute ten thousand years in the past in hopes of disrupting Crono's quest. From outside view, the Time Crash appeared as a giant, black energy dome erupting from the center of the time research institution. 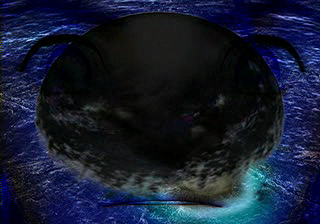