A giant stone face exists in Terra Tower, and talks to Serge as he walks by. The face noted that he was once human, but was captured and held prisoner at Terra Tower (presumably during the Polis War). Masato Kato later confirmed that this might have been a playable character at one point, but instead they scrapped the idea and shaped the face to resemble one of the Chronopolis workers.

Since "Terra Tower - Final Form" exists in the location name data, perhaps it was possible at one time to go back to the Tower after the Dragon God was defeated and retrieve the character. 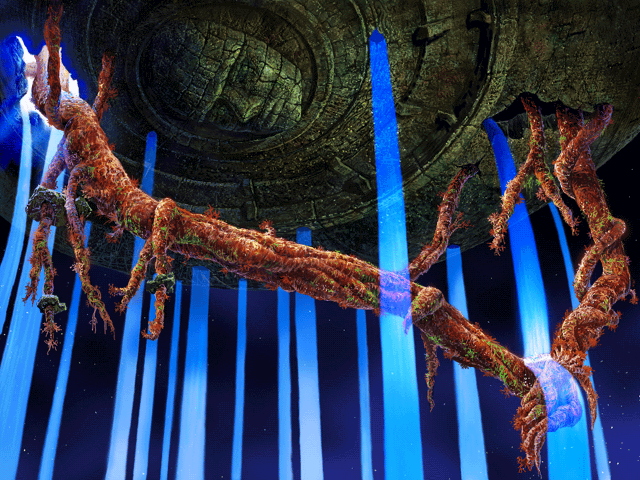