The Polis War refers to the battle between Chronopolis and Dinopolis that ensued after the Time Crash. Chronopolis dispatched several fighter jets to combat the Dragonians, ultimately winning air superiority in a battle over an icy Sea of Eden. Chronopolis then disseminated the Dragon God into six derivate parts, creating the system of Elements; Dinopolis subsequently sank into the ocean, and the top because Sky Dragon Isle. 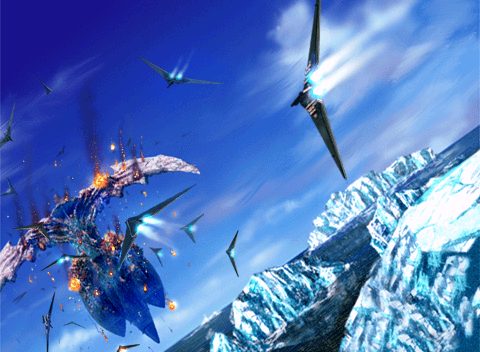