Pierre is a graceful knight-in-training who aims to become a noble and courageous hero. While his origins are unclear, at some point in his life he decided to become a hero. He drew inspiration from heroic appearances, and pampered his own looks with the finest of care. Though he appeared dashing and romantic as a result, he still lacked the hardened mettle and battle experience of a true warrior. This did not stop him from acquiring the legendary Hero's Medal and seeking to enlist in whatever cause was worthy of his benevolent assistance. This errant way of life brought him to El Nido, where he flippantly fancied himself as the perfect heir to the vacant position of fourth Deva in the Acacia Dragoons. He rented out Karsh's former room in Termina, and worked on his charm and handsome image in preparation to enter Viper Manor. While preparing, he lost the Hero's Medal; he met Serge soon after, who retrieved the medal for him from John. Pierre noted that Serge would do well for his image by serving as thorns to his illustrious rose; he joined the party and attempted to enter Viper Manor through the front gate. He succeeded battling his way through, and raided the manor with the others. While on the mission, he acquired the Hero's Shield from the treasure room.

He continued to accompany Serge after that night, though the events of Fort Dragonia drove him back to Termina. He waited there until Serge returned from the Dead Sea; Serge carried with him the Prop Sword, which immediately bedazzled Pierre upon sight. About this time, Pierre experienced a revelation concerning the true nature of a hero—that it did not lay in something like appearance or genealogical dignity, but in hard work, courage, and tenacity. He began training like John by running laps to improve his form; he also embraced the Prop Sword as his destined blade. It reacted to him by shining and imparted to him the SlapOfCyrus, his ultimate technique that delivered a crushing blow worthy of the former Guardian knight Cyrus. With his new inner strength unlocked and growing, he set out with Serge to prove himself and test his bravery.

In the Chrono Trigger Prerelease, when Cyrus makes his final attack on Magus, he utters a cry not present in the final version.

"CYRUS PUUUNCH!!" If that sounds familiar, it's because サイラスパンチ is the exact name of Pierre's SlapofCyrus technique. It's too bad this reference was lost in the final version of Chrono Trigger.

Without the position of fourth Deva to fill, Pierre presumably never came to El Nido. 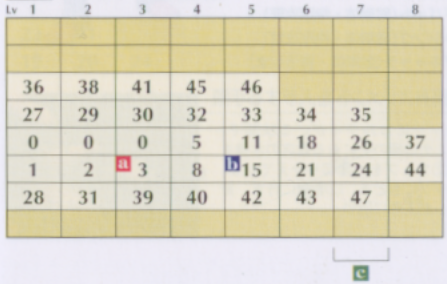