Nikki is the rocking bard lead man of the Magical Dreamers group, and is the son of Fargo and Zelbess. Born to the happy couple, he enjoyed a relatively peaceful infancy at their home. However, disaster struck around 1011 A.D., when the falling out between Viper and Fargo occurred and caused the death of his mother and his own separation from the family. While out on his own, Nikki developed the ambition to become a rock star to express his ideals and dreams. His former suffering and current situation as a boy forced to find his own way in life contributed to his credibility and skill in crafting emotive, meaningful music. He eventually met Miki, and together they created their colorful act. At first, no one accepted their look or music, as Nikki wore radical makeup and clothes and tried to convey deep messages in his music. The group could not break the top 100 and nearly quit; however, Lucca stopped by their trailer one day and told Nikki that she admired their music, for it sang of "Magical Dreams." Nikki retitled the group after this complement, renaming it the Magical Dreamers, and unabashedly pressed on in establishing himself in the music world. He soon became popular and renowned, and achieved sex symbol status. However, he continued to stress deep messages in his music. He also continued to look for his father and little sister, whom he always remembered. A particularly ardent Nikki Fan would hang around outside his dressing room on the Magical Dreamers ship.

Nikki was slated to play at the Viper Festival in 1020 A.D., but the break-in at Viper Manor canceled the proceedings. Nikki took part in the infiltration, going off on his own the day of the raid in Shadow Forest. There, he met Serge and his party, who were also traveling through the area; they forged ahead through Viper Manor's plumbing system, eventually arriving at the bottom of a well, where they stayed the night. While in the Manor, Nikki saw Marcy, but she would not accept that he was her big brother. Nikki eventually met his father Fargo as well while traveling with Serge; the two did not share any teary moments, but rather fought together proudly. Nikki ultimately lent his stinging tones to the battle against the Time Devourer.

Chrono Cross HD Remaster Twitter bio: Nikki - "Visual-kei idol at the height of its popularity" Leader of the visual minstrel troupe "Magical Dreamers". He is currently on a world tour aboard a large ship owned by the group, and his neutral good looks and seductive voice attract many people wherever he goes. He has attracted countless women of all ages. Although he is a popular singer today, there was a time when he tried to quit singing because it did not sell at all. He also has a dark past, having been separated from his immediate family when he was a child.

In Home World, Nikki developed the same as he did in Another; the main difference in his life were the actions of his father, Fargo. After Marbule was emptied by the nightmares of the Black Dragon, Fargo exploited them on his cruise ship S.S. Zelbess, unable to reconcile with the past. The S.S. Zelbess one day signed the Magical Dreamers to play a gig; while Nikki was preparing, Irenes and Serge notified him of the chance to free Marbule by playing the Song of Marbule. Nikki struggled to convince the Sage of Marbule to teach him the song, eventually succeeding; he then mastered the tune, perfected the show, and got the band together. His discovering that Fargo was his father only quickened his desire to free Marbule. His dream was soon achieved; the show consisted of a magical dialogue between a stranded sailor and a fairy. Marbule was subsequently cleansed, and Demi-humans and humans alike moved back in to celebrate. Nikki made peace with his father, and also taught his equivalent from Another World his ultimate technique, LimeLight.

Nikki's a walking spoof of a Japanese rock genre that was quite popular around the turn of the century, called visual kei. The sound is sort of a goth-punk-metal fusion, and the performers are known for dressing very androgynously in all kinds of extravagant costumes and performing with elaborate theatrics (sometimes with storylines, like Nikki's concert in the game) onstage. 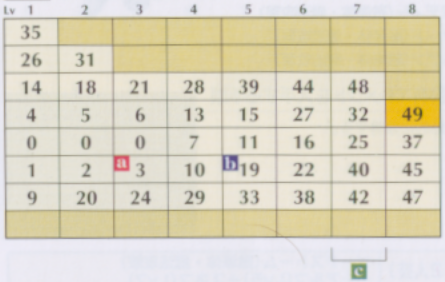