A Mouth of Truth is a giant stone face built within some structures' architecture; its facial expression is intimidating, and it is bearded. Legend states that if one puts one's hand inside a Mouth of Truth and lies, the jaws will clamp down on it and not release it until an honest statement is made. Kid finds this out the hard way when she lies about her weight while placing her wrist in between the mouth's teeth in Viper Manor; a subsequent threat to those teeth resulted in her release. The Radical Dreamers then lowered a variety of items into its mouth with comical effect; eventually, a hand-shaped plate worked in triggering a mechanism in the mouth that drained the nearby atrium. That the Mouth of Truth rolled its eyes was humorous for Magil, who cracked a rare joke at the occurrence.

The Mouth of Truth is a circular sculpture in Rome (Wikipedia entry here). It's accompanied by the same legend that if one lies while his or her hand is in the mouth, it will be bitten. It gained notoriety after being featured in the classic movie Roman Holiday, and has been featured in several other media besides Radical Dreamers. 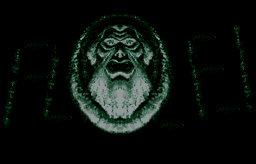