Mel is the adopted daughter of Macha who lives in Guldove and has acquired a reputation as a tantrum-thrower. Her origins unclear, she was taken in by Macha and soon developed a liking for her sibling, Korcha. She constructed her own crafts in the lower part of the residential tower, and also practiced her skills in combat. When Serge and Kid came to Guldove to heal from the Hydra poison, she mischeviously snatched Kid's Elements and hid. Korcha and the others soon found her; though she was upset at first, Kid eventually talked to her and convinced her to join the party. Mel was rumored to be insecure about Korcha, afraid that he would not reciprocate her liking him. Mel then accompanied Serge on his travels.

In Home World, Mel lived a simple life working on her crafts in the residential tower. 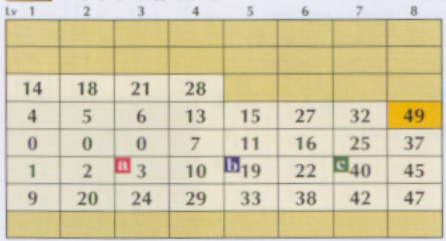