Macha is the strong-willed mother of Korcha, and sets an example for her son by living bravely. Macha grew up in Guldove and was cultured in its way of life; she later married a husband and gave birth to Korcha. However, her husband somehow perished; though she raised Korcha with a mother's love, Korcha became free-spirited and wild. Regardless, Macha had the final say in any matters regarding her son. After his birth, she also adopted Mel; her two children lived in the residential tower with her. When Korcha refused to lend Serge his boat after Serge declined to look for Hydra Humour, Macha intervened and lent them the boat of her own accord. After they arrived in Termina, she joined the party and accompanied him on the rest of his adventure.

Alternatively, if Serge sought to find the Hydra Humour himself, Macha stayed behind and cleaned house. 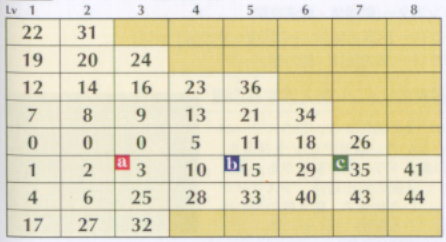