Each entry is preceded by a listing of all enemies, Elements, items, and bosses to be found in that location. For items and enemies that only appear in a certain dimension, they are noted as such. If no notation is made concerning which dimension something appears in, it is assumed that it appears in both dimensions' location. 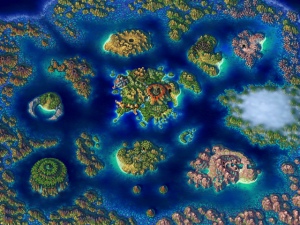