The items icon is a cube in the Prerelease, rather than a box reading ITEMS. Also, the color palettes for the various schemes are slightly different. The option menu is quite different at this point. Among the changes... 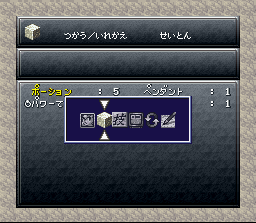 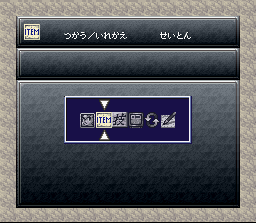