Irenes is a mermaid Demi-human whose sister is Zelbess, the woman who married Fargo. A staunch supporter of the establishment of Marbule, she lamented the exodus of the Demi-humans to the S.S. Zelbess, and long tried to convince Fargo to allow the Song of Marbule to be played. She often critized Fargo and reprimanded him in person; she accused him of only remembering what he pleased, choosing to forget Zelbess's dream of humans and Demi-humans living together. The plight of Marbule took a toll on her personally as well; she often cried at night in the empty settlement. Nonetheless, she never relented in her effort to have the town restored. Her dream came true after meeting Serge, who was able to convince the Sage of Marbule to teach Nikki the song. Irenes then struggled to find someone who could snap Fargo into taking the Zelbess to Marbule, where the song would be played. She accompanied Serge on his journeys, feeling obligated for involving him in the restoration of Marbule. Eventually, her dream was realized when Fargo from Another World personally drove the ship to Marbule. Irenes excitedly watched the town rebuild, and forgave Fargo as he came to grips with reality.

Irenes is never seen in Another World, suggesting that since Marbule has not been gutted in that dimension, she has no reason to make a restoration of any kind or appear to outsiders from the sea.

Irenes means 'peace' in Old Greek (eirene), although it must also be a pun on Siren(e)s. 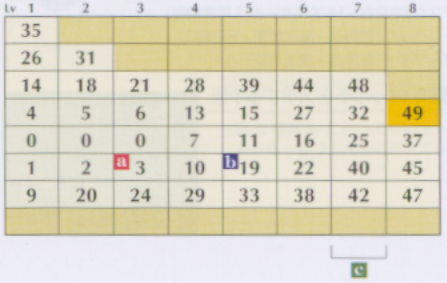