Screenshots within the U.S. manual of the final version reveal different stages of the game's development and translation. The first image reads "The Warlock's Castle," which later became "Magus's Lair." In the second image, Robo's name is "Robot," while Ayla's is "OM2." Analysis of the character placement of the letters OM2 in relation to the character placement of the Japanese roughly translated as 'Eira' reveals that OM2 is the direct equivalent of where the original Japanese would have shown up. Lastly, the Fleaver makes an appearance. Not pictured is a savegame whose title is called "The Princess is Gone", which was apparently revised to "The Queen is Gone" for the final version. 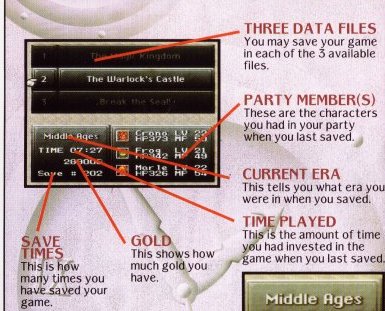 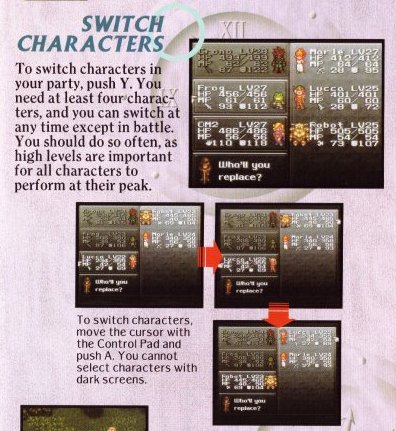 Thanks to Ryoga and PrincessNadia for these pictures and analyses