A quick-freeze gun Lucca made so baby-sitters could fight fires. =Keep out of reach of children!=

A futuristic-looking pistol invented by Lucca, the ice gun is capable of unleashing a freezing effect upon its target. It was kept in her room at her house for babysitters in case of a fire, and was equipped with a warning for the orphans who lived there. It operated on a previously allocated store of energy. When Serge traveled back in time to 1015 A.D., he used it to put out various small fires around the house and save children. Unfortunately, its energy ran out before he could save the entire house. 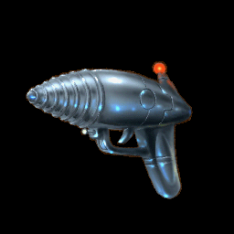